Who is the Viking Traveler? And Why Are they so Successful?

For Viking it is Personal…Very Personal 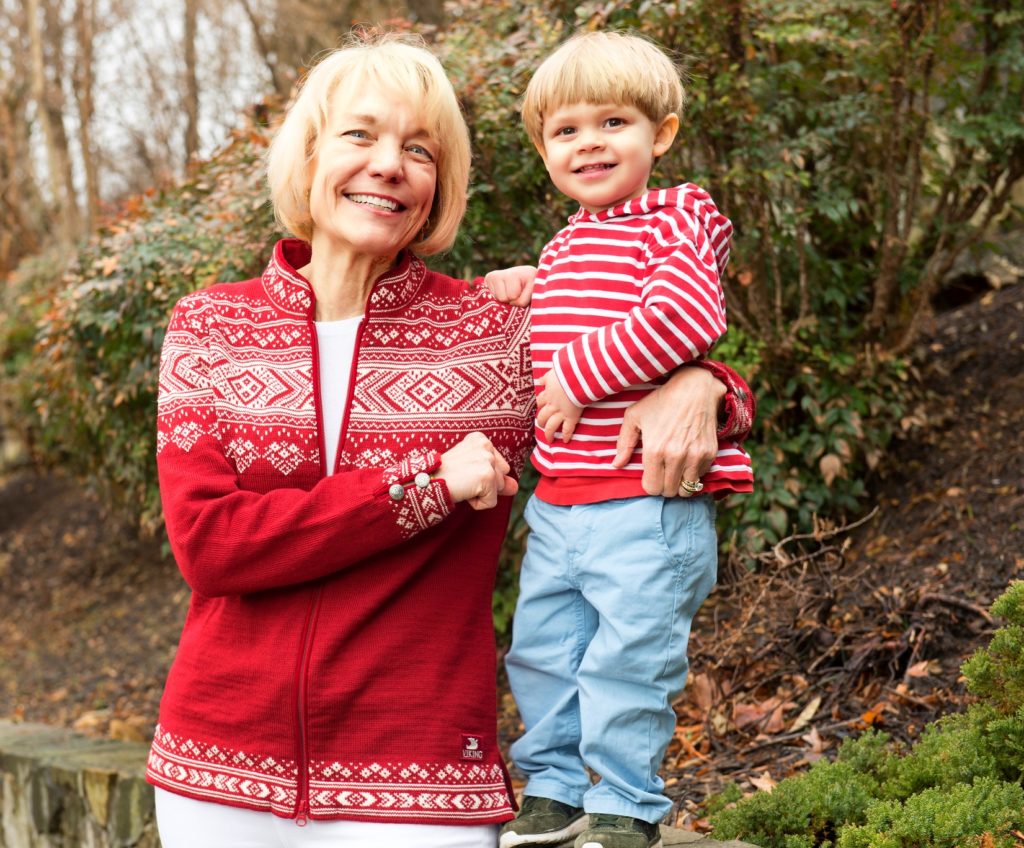 The author with her grandson

Viking is a brand that is unapologetically personal.  Before they introduced Viking Ocean, Chairman Tor Hagen sailed on several ocean cruise lines to determine what he liked or found unnecessary.  It was a very personal take on market research and thus was born Viking Ocean.  Ships with no casino, no butlers, lots of comfortable chairs for relaxing and a laser focus on the destinations visited.   Oh and no children under 18. 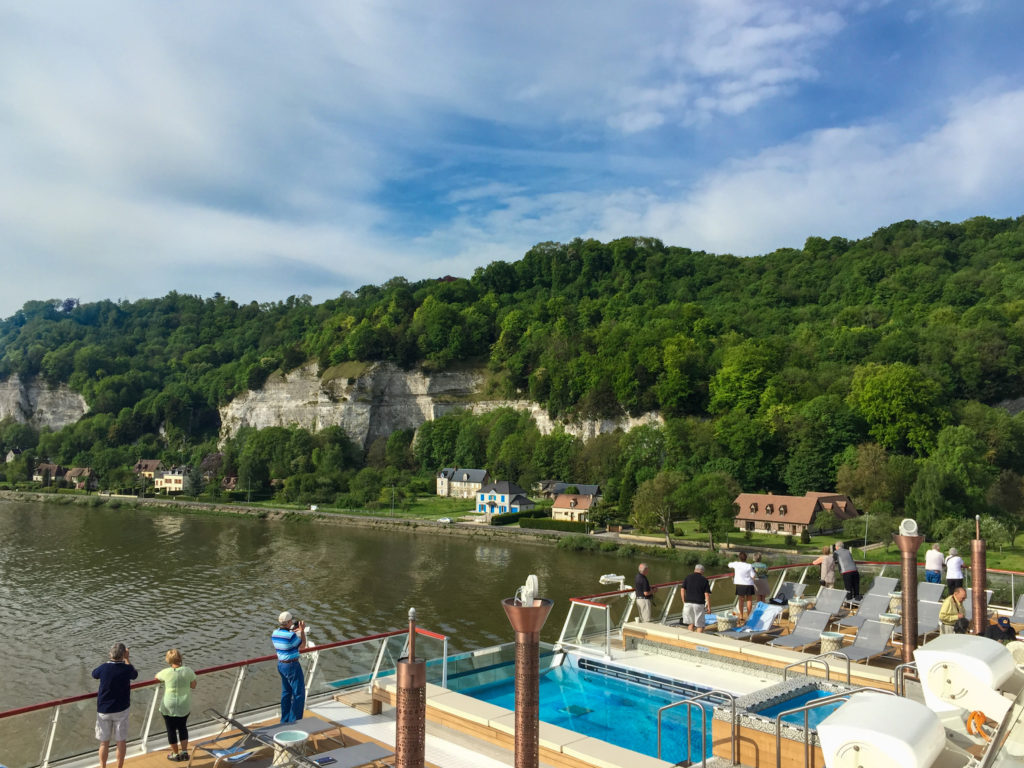 Couple Chairman Hagen’s preferences with the Executive Vice President’s passion for learning and meeting people all over the world, and you have a brand that makes at least two people very happy.  By the way, the Executive Vice President is Karine Hagen,  Tor’s daughter and the woman you have come to know opening doors to the Forbidden City and helping make bread with a local baker in Masterpiece Theater ads.   But beyond Tor and Karine, who is Viking targeting?

This past Wednesday, I attended Viking’s announcement of their new Expeditions and polar class ships at the Beverly Hilton in Los Angeles. You can read all about the specifics on their website here. But what I want to share is a more personal view of who Viking is looking to attract with their River, Ocean and now Expedition Voyages.

Let me take you a little behind the scenes of the travel industry.  I think you will find it interesting.

At the Viking event, a travel writer asked me for my thoughts about the new Viking Expeditions for an industry article.  Here is part what I sent her:

“I have sailed to Antarctica many times and thought I knew what to expect at Viking’s announcement of Viking Expeditions, but I should have known better.

Frankly, the design changes Tor Hagen, Chairman of Viking, introduced were what we have all been wanting in expedition cruising.…but just didn’t know it.  “The Hanger” for launching “rigid inflatable boats” (longer range than standard zodiacs) from inside the comfort of the ship, a theater/lecture hall with floor to ceiling windows that open to view real-life theater, amazing deck space…with a fire pit, yellow submarines and the drying closet-floor to ceiling in your cabin are very appealing.  But what I liked best? The decision to not have a helicopter.  During my last trip to Antarctica, there was one constantly buzzing overhead and it was distracting, to me and to the penguins in this pristine quiet world.  With no consideration of marketing value or glitz allure, Viking decided it as just wrong to include.”

In a sentence, Viking made choices not to appeal to every traveler but to a very specific traveler.  These innovations were chosen not to tout a trend du jour in a press release.   Having done many expeditions, Antarctic, Arctic,  Amazon and Galapagos, it takes more than a few tweaks to make me sit up and listen.  I was now listening very carefully and more impressed with every rendering he presented. 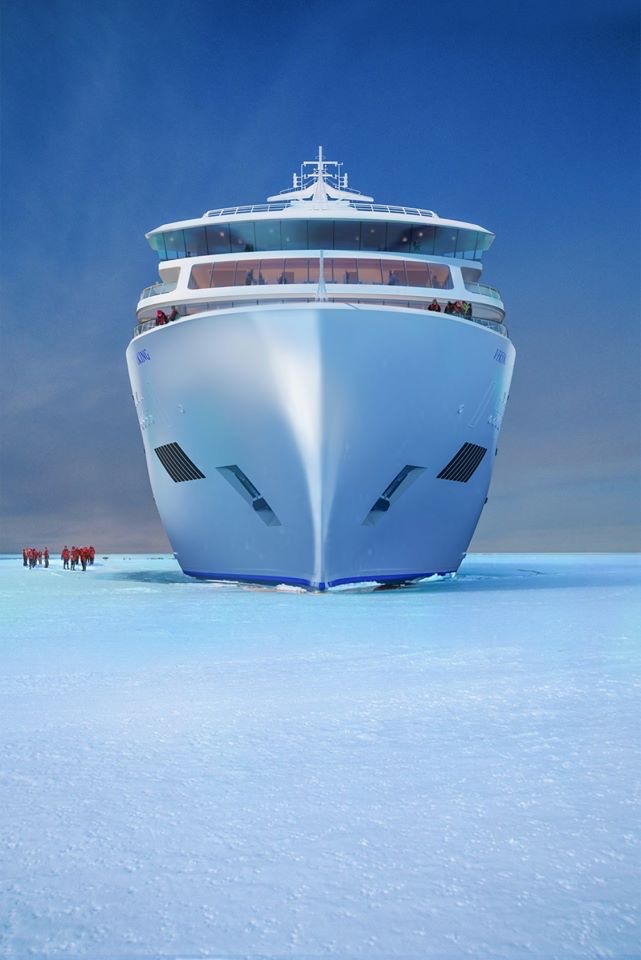 I like to be active on cruises, both onboard and on land.  The best excursions leave me with over 15,000 steps and ready to enjoy cocktails and dinner with less guilt.

In the middle of Tor’s presentation, it dawned on me, I was Viking’s target and had been since their inception. 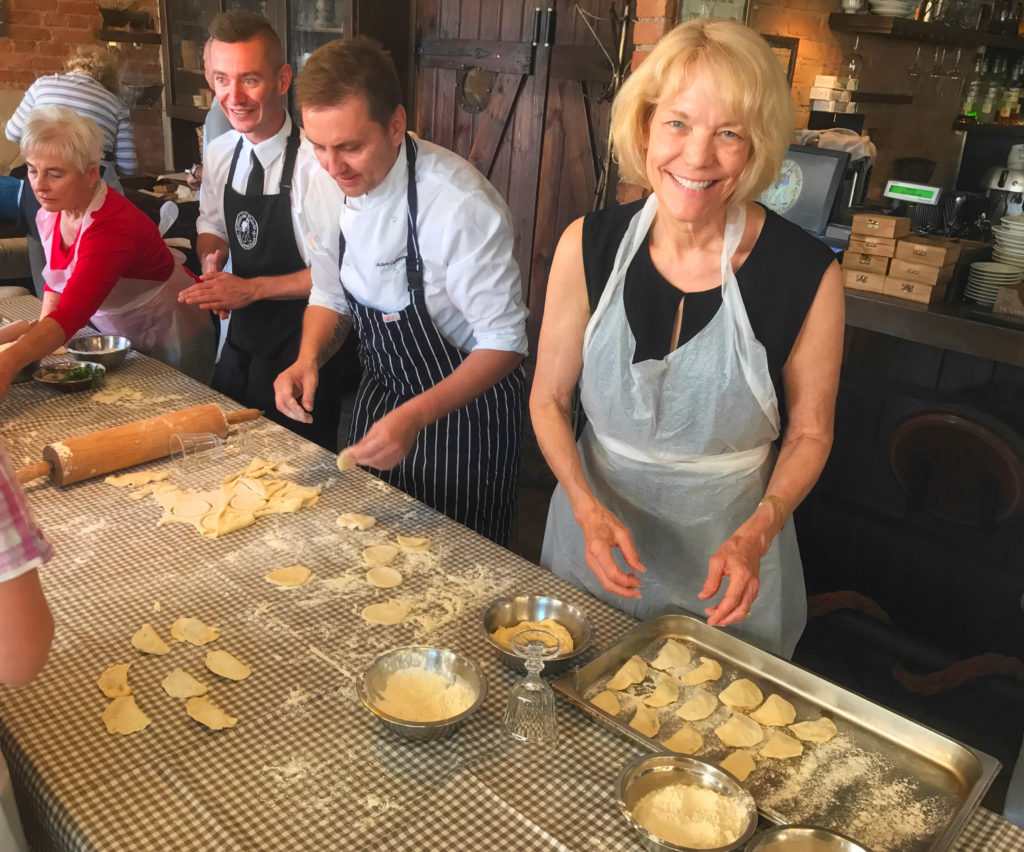 The author in Gdansk with Viking Ocean.

As I think back on my top travel experiences, many of the most exceptional were with Viking.

In St. Petersburg, Russia, at the Hermitage,  we not only entered before opening hours but met the curators and had lunch in the staff dining room with them. The next day we did the same, including lunch in the more exclusive Hermitage Storage Rooms. As we sailed away from St. Petersburg, I had coffee with the onboard lecturer and fellow passengers to discuss Romanov Russia.

Sailing around France, we did not just taste Camembert cheese. We traveled to the town of Camembert and met the cows who were descended from the very few who survived the D-Day landings in World War II. 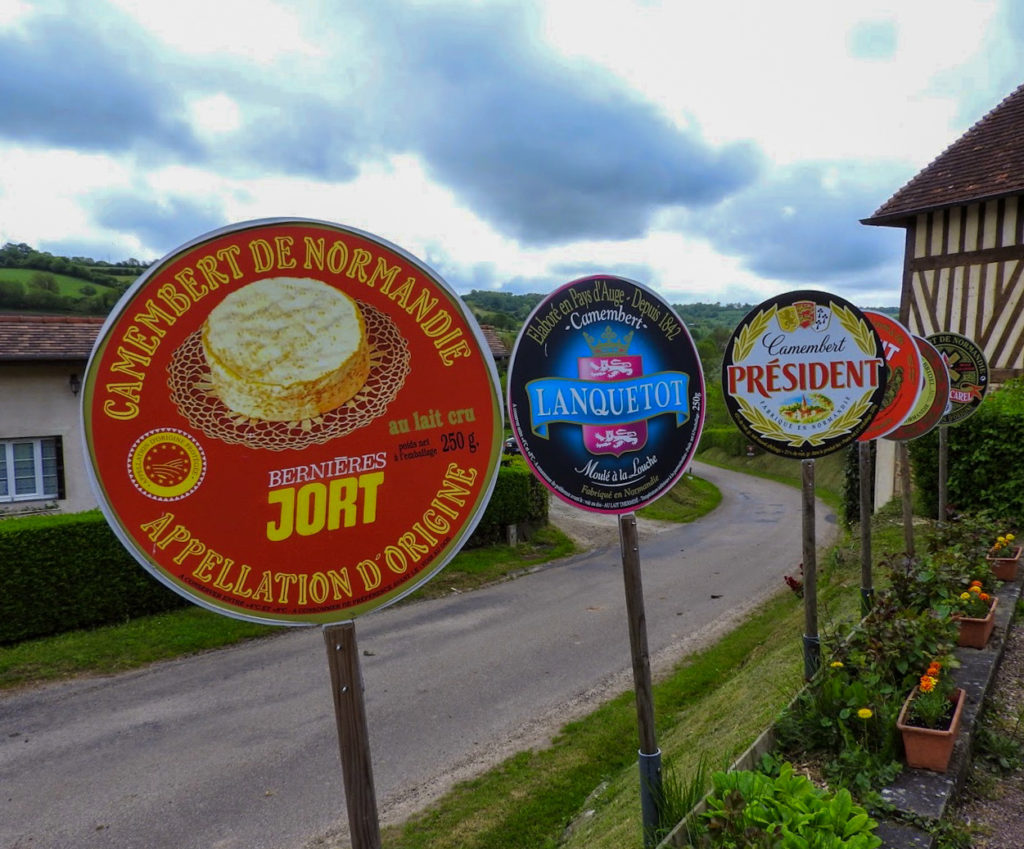 In Berlin, Viking arranged a private tour for me to research more about Kaiser Wilhelm II.  Did you know that when he was deposed and sent into exile at the end of World War I, he was allowed to take 20 railroad cars of treasures with him?

There are more, but you see my trend.  Viking opened doors for me that I could not have opened on my own. 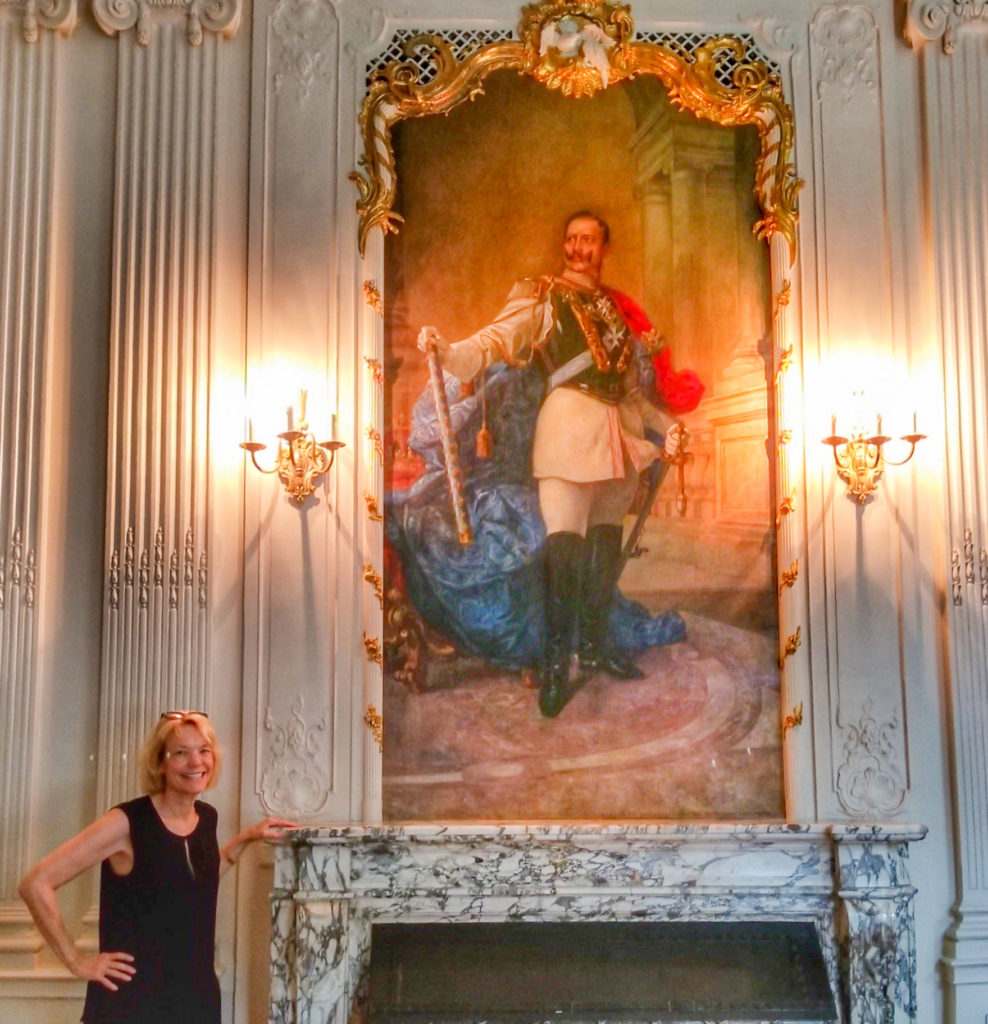 The author in Berlin, searching for Kaiser Wilhelm II.

Onboard Complements the  On Land Experience

The linens on board are very comfortable but, high thread counts are not one of my prime travel objectives.  Heated bathroom floors, however, have now become an obsession.

Onboard there is an atmosphere of calm for conversations, discussing the day’s discoveries and watching the seas.  I have since learned that this must be “Koselig”,  the Norwegian version of “Hygge”. 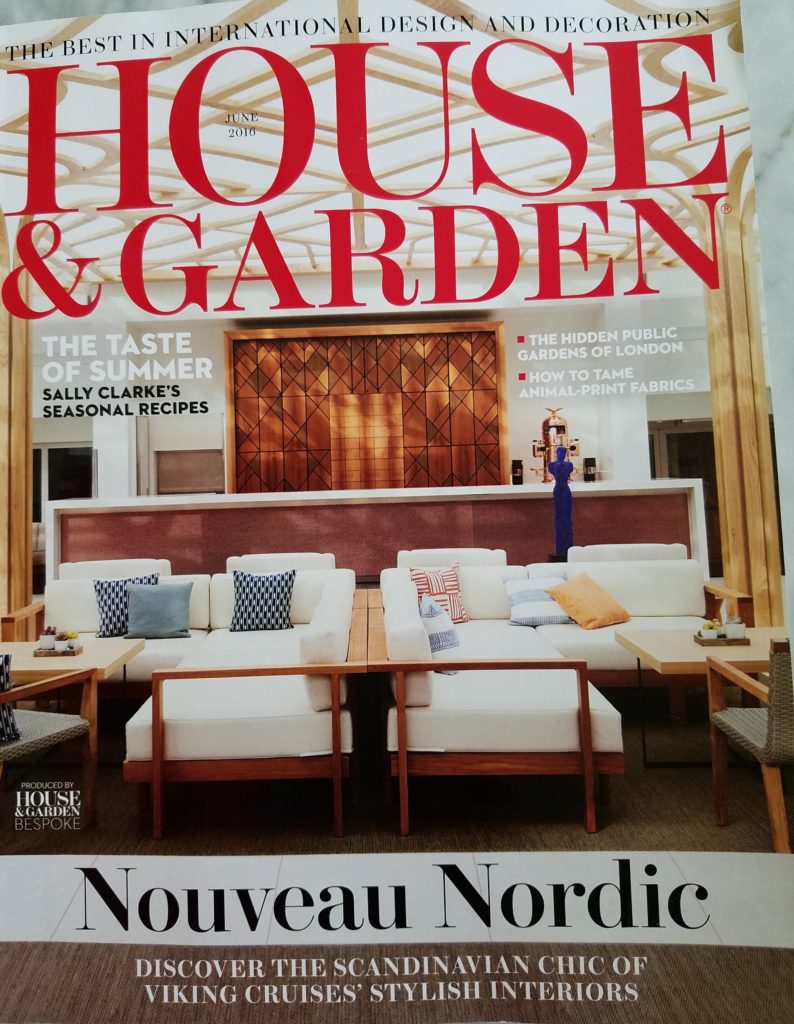 In the world of travel writing, it is trite to say “luxury is personal” but it is.  In fact, I think the very word luxury has become dated….OK, Boomer? On this point Viking Cruises’ Chairman, Tor Hagen, was way ahead of the times by refusing to describe his product as luxurious, instead, he just made it so. Why do I say that? Because Viking has developed a travel product that meets the needs and desires of a particular traveler. And that traveler is me.

Viking Expeditions looks to continue that very winning tradition. Not for everyone, but perfect for me. And remember when I said it was a brand that made two people, Tor and Karine, very happy? It has also made a few more travelers happy….over half a million in 2020 and with over $3 billion in revenue projected, a few investors too.

A click of the Aquavit to Tor and Karine Hagen, the brains and heart behind it all and to the entire Viking team. 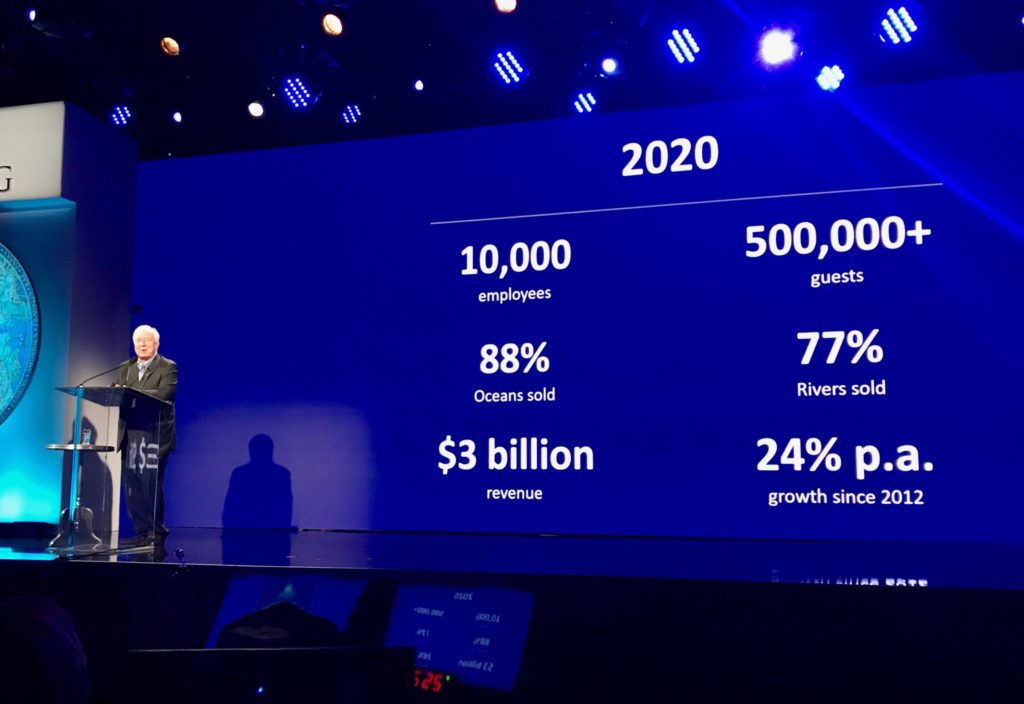 0 thoughts on “Who is the Viking Traveler? And Why Are they so Successful?”