One of the New Seven Wonders of the World November 15, 2016 By Jean No responses 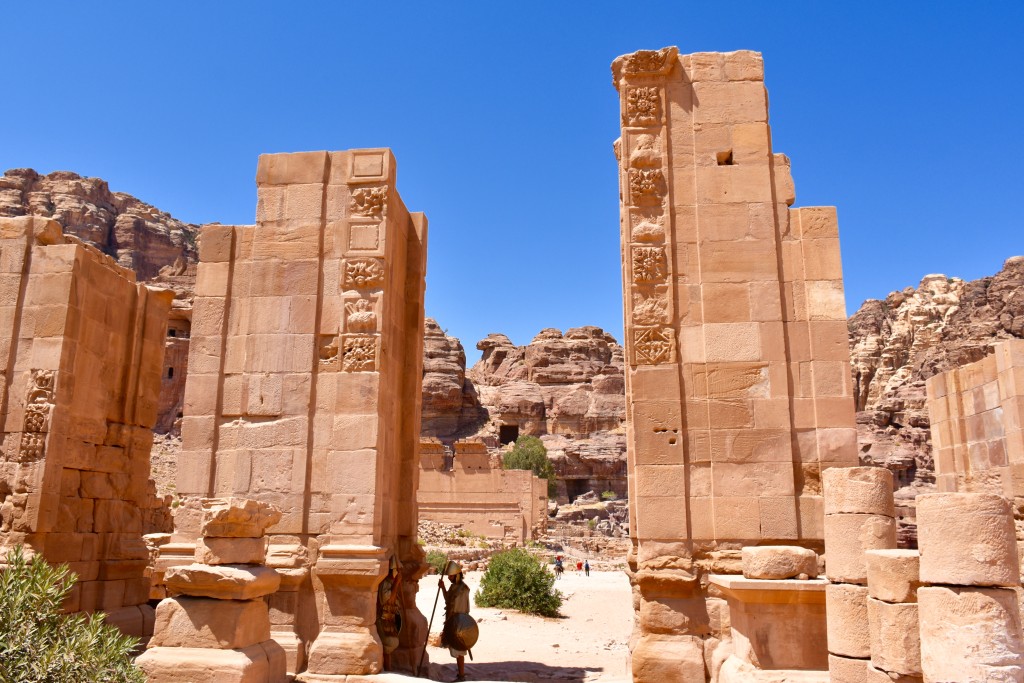 There is so much to see in Petra beyond the iconic Treasury. Like the majestic Temenos Gate, Roman 2nd century AD.

On my recent Azamara Club Cruises cruise from Rome to Dubai, I asked many fellow passengers why they chose this itinerary? The almost universal answer was to see Petra. One of the new “Seven Wonders of the World”, Petra, a city of of the Silk Road, Spice Routes and Roman Empire,  is a site unlike any in the world. I visit Petra often and am honored to serve on the Petra National Trust, but every visit leaves me breathless. (Both from awe and the hiking!) 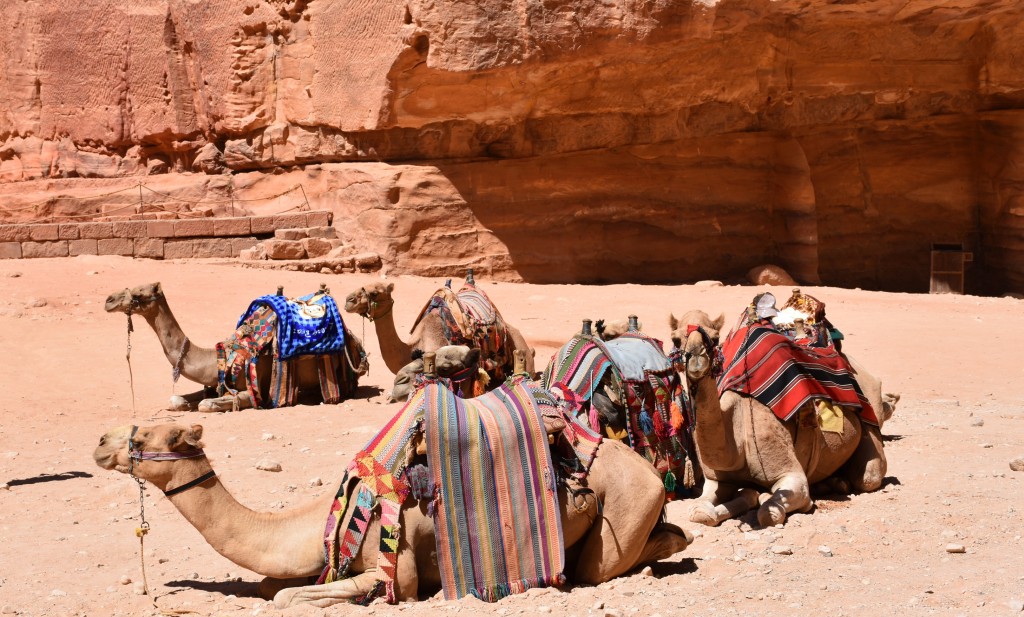 If you don’t want to hike the site, the camels are waiting to help.

Our visit began as we docked in the Gulf of Aqaba.   From my balcony on the ship I could see the countries of Jordan, Israel, Egypt and Saudi Arabia. This is the heart of the Middle East, the port city of Aqaba, Jordan is truly a crossroads of the world. 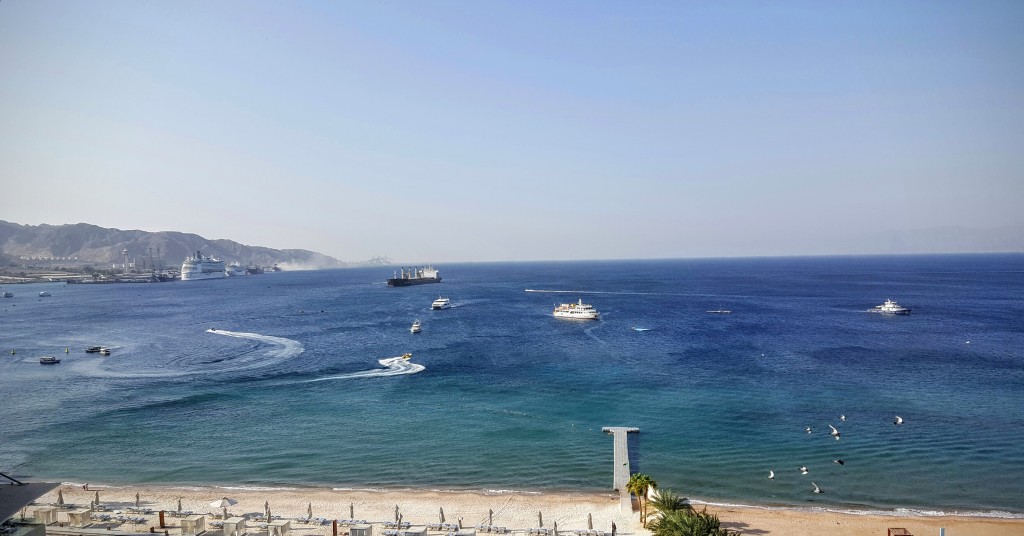 From the port the bus ride to Petra is about 2 hours.   For many passengers this was their first glimpse of life in Jordan. 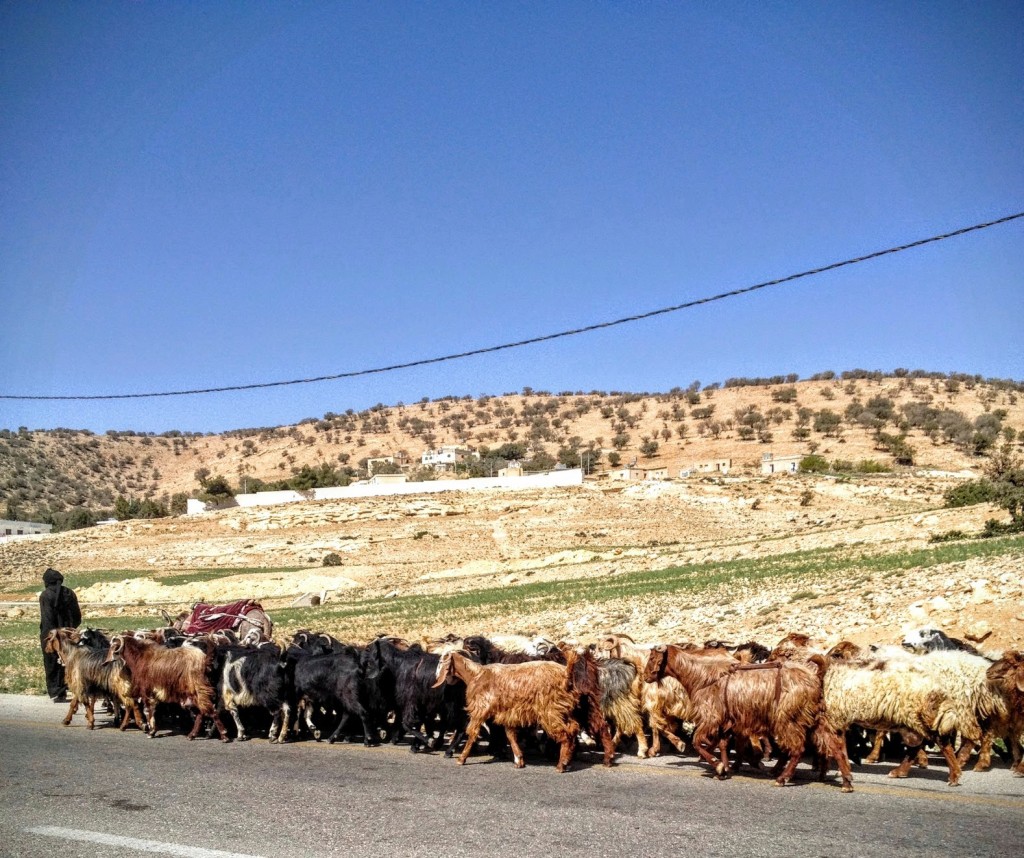 No one ever forgets their first entrance to Petra. The drama of hiking down the mile long Siq with anticipation building at every turn, is beyond Hollywood worthy.   Time travel at it’s best, each step takes you back to those of John Lewis Burckhardt, a Swiss explorer who rediscovered this lost city only 200 years ago. 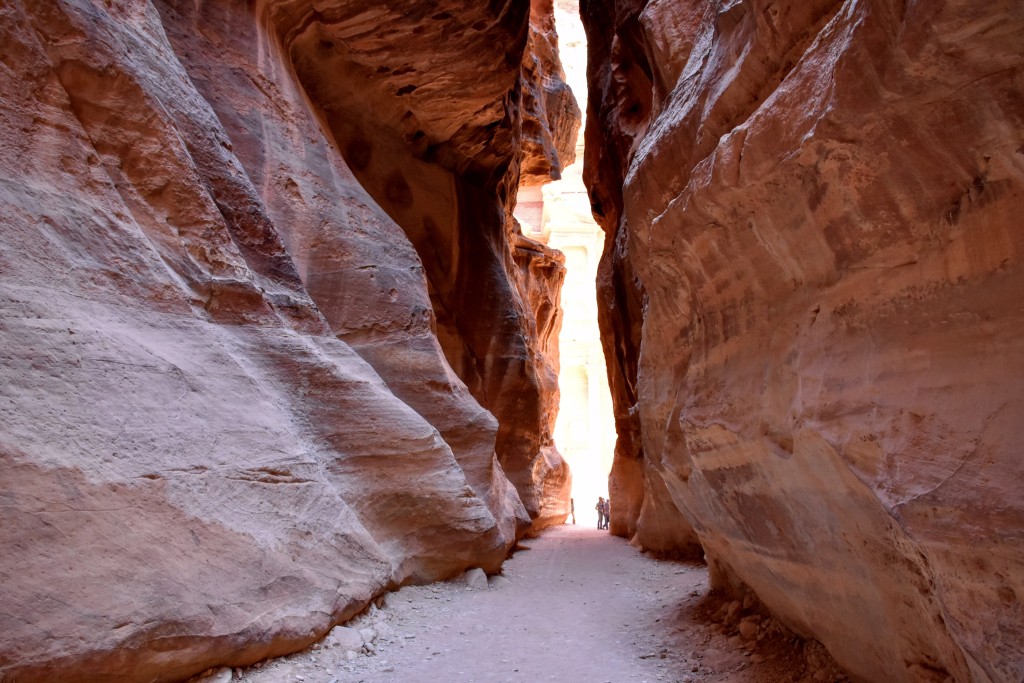 At the end of the Siq, you begin to see faint outlines of the magnificent Treasury

You turn a corner at the end of the Siq and the majestic Treasury welcomes you to the site. Made famous by the movie Indiana Jones, it is magnificent, but it is only the beginning.  There is so much more exciting to see (at least 2 more miles) and so much yet to be discovered. The site is an active archaeological dig and that makes it all the more fascinating. 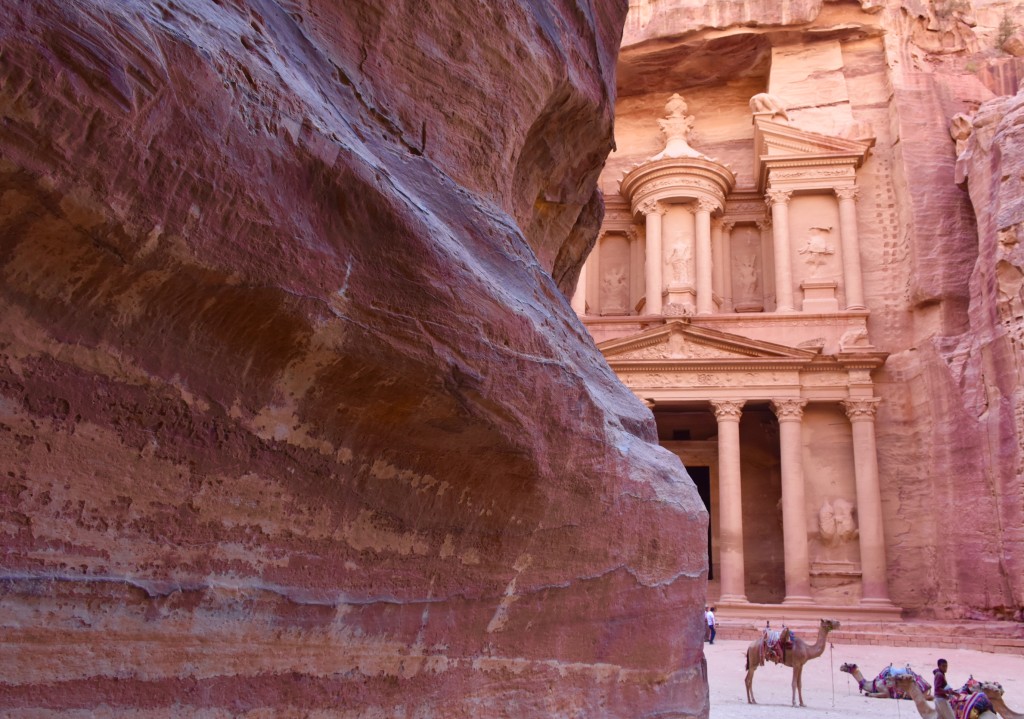 The word Petra means rock in Greek and the name honors this Arab Nabataean trading town, carved out of the beautiful rose -colored sandstone in the desert of Jordan. Settled around the 1st century BCE,by Nabataean traders, it became part of the Roman Empire and thrived as a trading city. A major earthquake destroyed much of the city in the 4th century AD. It is the “Rose City”, a time capsule and truly one of the top Wonders of the World.

To summarize the many layers of Petra’s civilization here is challenge I find daunting, but let me give you a taste of my favorite highlights in pictures. Trust me, you must see Petra in person. There are so very few places left in the world where you can walk the sands of time. 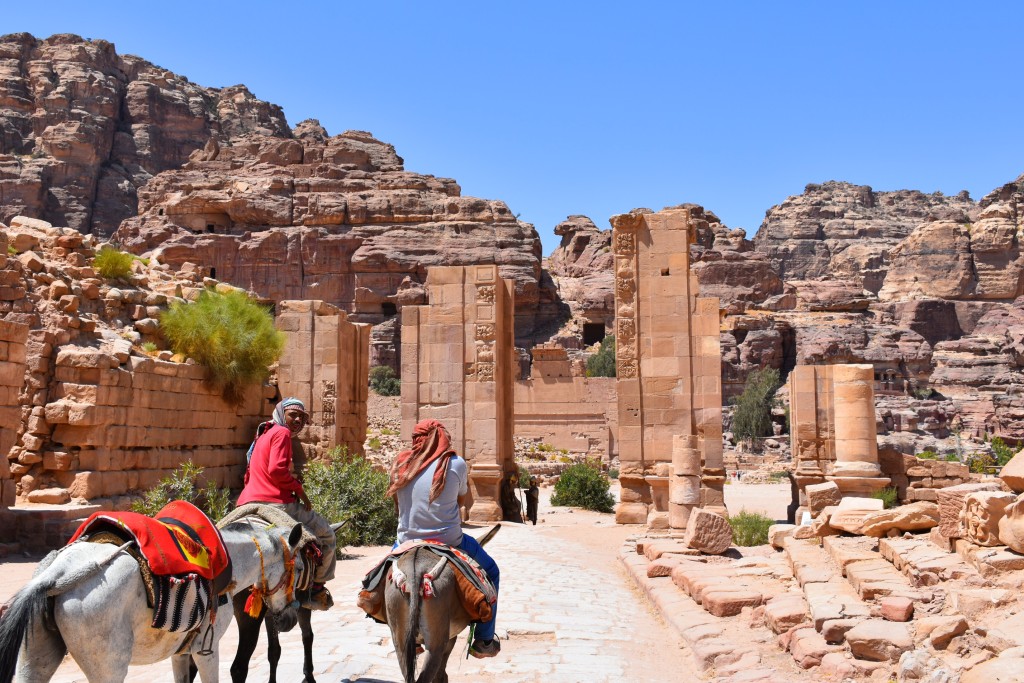 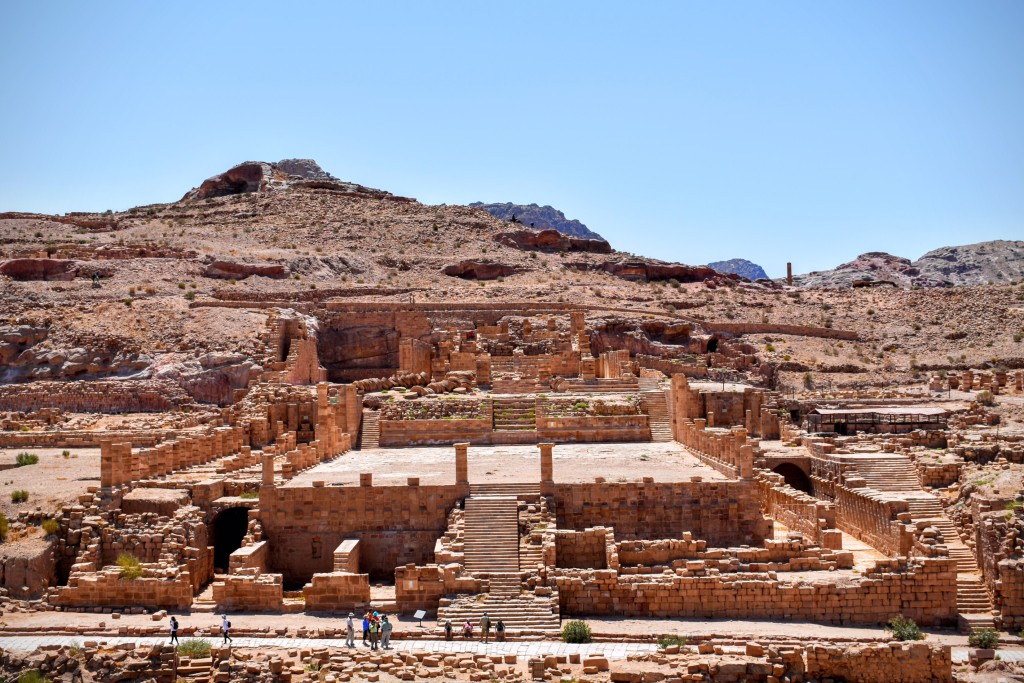 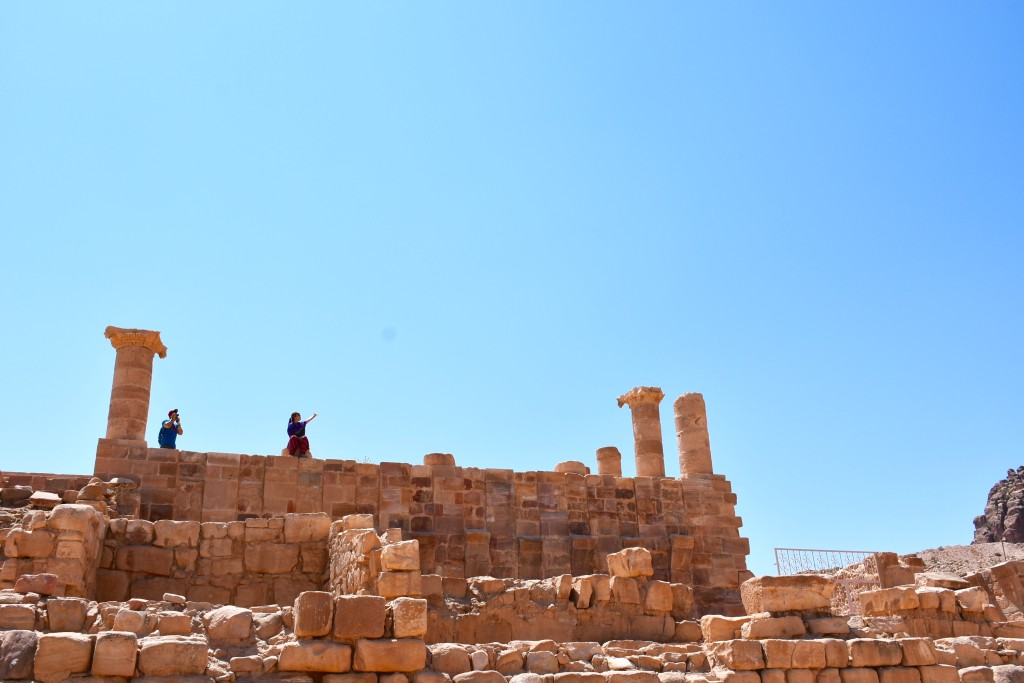 There are so many sites within the site of Petra, but save your energy for the hike to the beautiful Byzantine Church high above the Roman colonnaded road.  You won’t regret it and walking is easier than taking the donkeys.  Much easier. 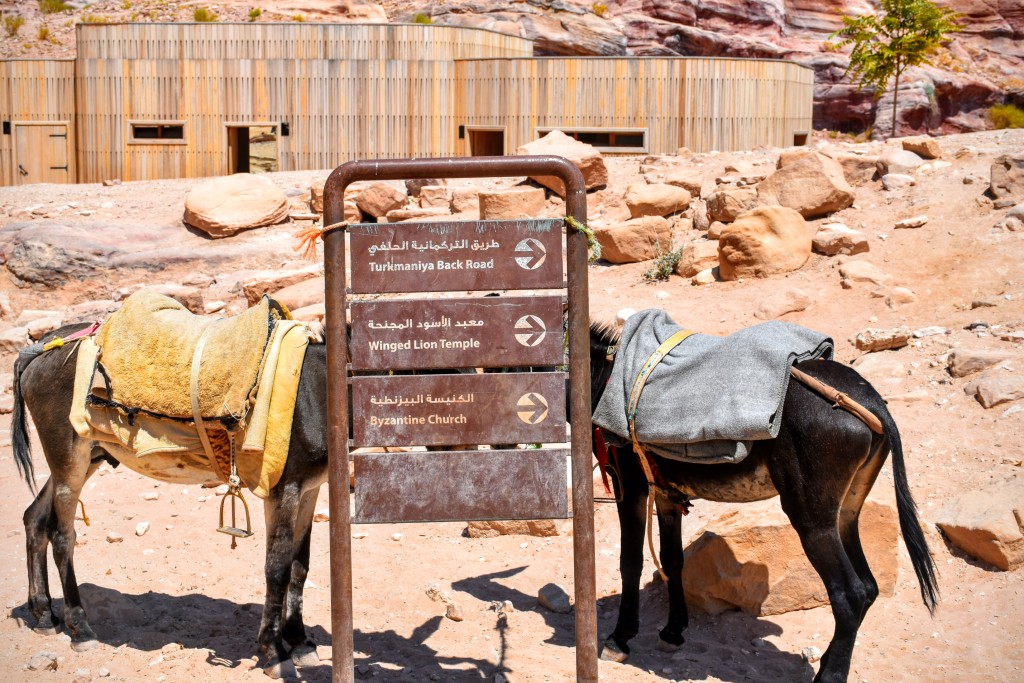 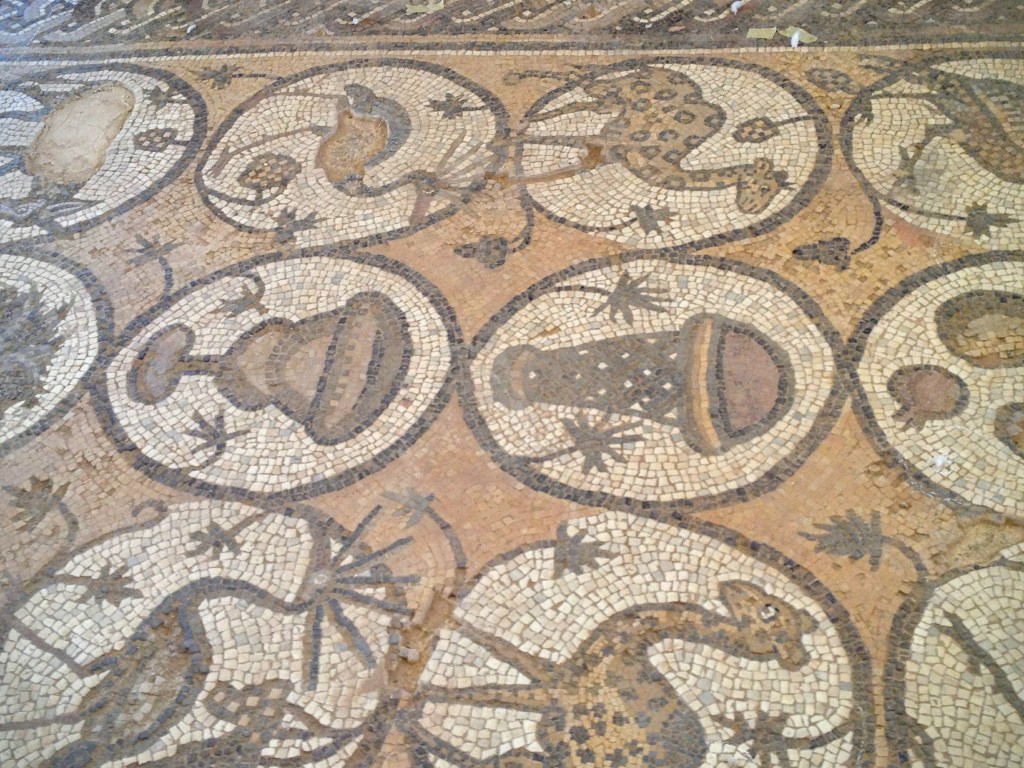 Exquisite mosaics at the Byzantine Church in Petra.

Would you take an entire 14-day cruise to see one site? You might, but along the way adding Rome, Sicily, Crete and transiting the Suez Canal were also highlights for all. Add in an Azamazing evening in the desert of Wadi Rum….. and well, it may be my top cruise ever. Check my next posts for more treasures from this “Azamazing” cruise. Thank you Azamara, it wasn’t my first visit, but you left me breathless, again. 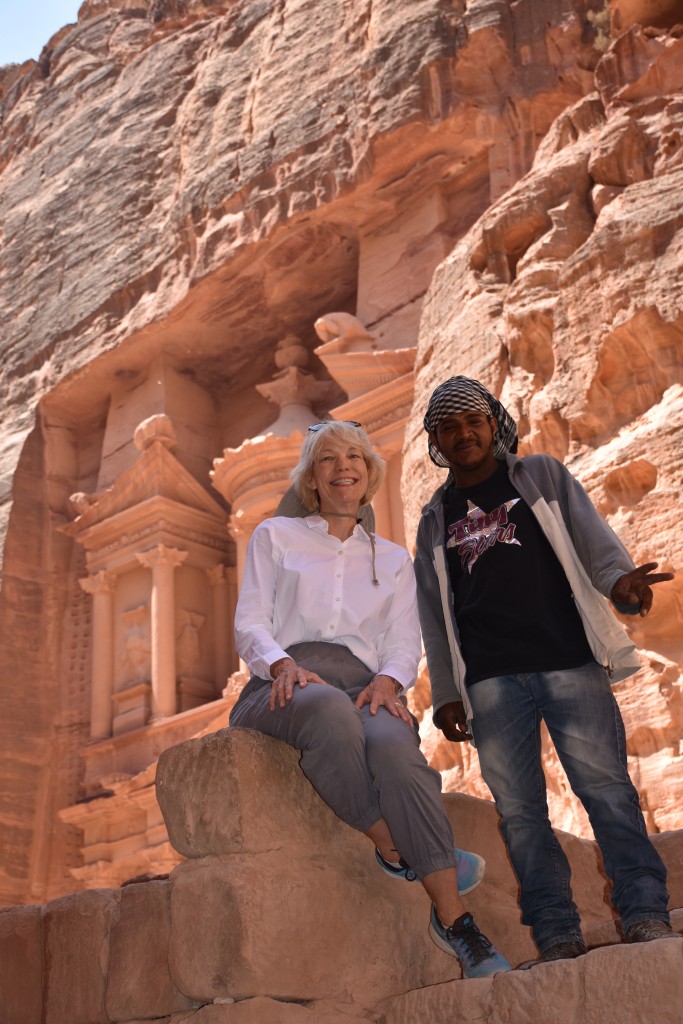