I have been to Beijing many times, so what was new to me on my TCS World Travel:  Around the World by Private Jet visit?  Superb insider access that showed me new looks at the past and exciting glimpses of the future.  Two visits stand out.

The Most Exclusive Museum in the World

In the company of a Sotheby’s expert in Chinese art and decorative arts our group of 8 explored the Forbidden City.  After getting through the intense security to enter the City we were led  all the way to the back, (a good 20 minute hike at a quick pace)  away from all the tourists and through 5 gates into the inner most sanctum of a former imperial home.   Pictures were only allowed of the exterior, but what we found inside was without a doubt one of the most exclusive museums in the world.

These were the inner rooms of the Emperor’s private home. The collection of art and decorative art inside was astounding.   Guards were placed in every small room to insure our group of eight did not touch any treasure while our expert explained the significance of each piece.  Treasures from all over the world showed what intrigued and impressed an Emperor in the 18th and 19th century.  Clocks given as gifts would have been quite at home in Versailles of the 18th century.  Furniture of exotic woods crafted by craftsman would have made Louis XIV’s ebenistes proud and textiles of a brilliant blue with bats woven into the design to protect the home are but a few of the masterpieces there.  All the objects were valued for their beauty but also had a nod to a Chinese worldview, sensibilities and superstitions.   Our expert tied these private rooms with the timelines of western history with which we were most familiar.   The courts of Versailles and the west were not unknown to these Emperors, they just chose what to imitate and adapt carefully and I must say in many cases, much more elegantly. 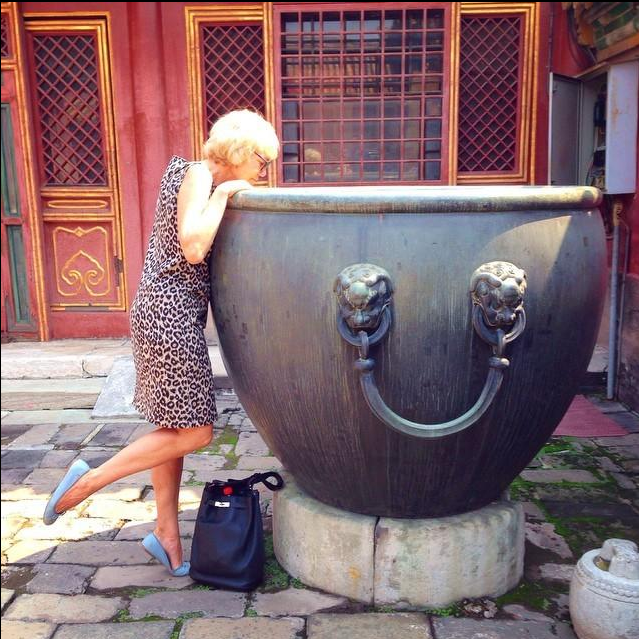 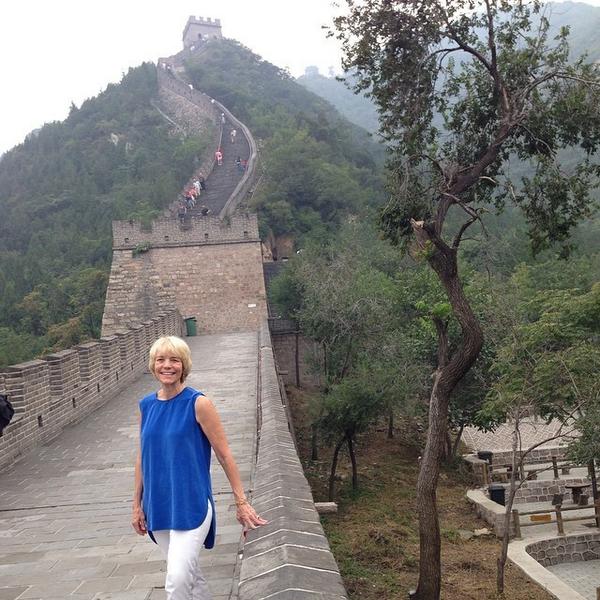 I was prepared for the climbing and trekking to explore new heights of a site I had visited many times before.  I was not prepared for our guest speaker, who had spent his life learning and living the great wall.  William    , a British expat, is “Mr. Great Wall”.  His passion and knowledge made the experience brand new.  Most interesting to me were his efforts to introduce the government to the need for conservation and how to teach a population to value and treasure this World Heritage site.  His efforts have been successful to a degree, but much remains to be done.

In TCS style, we had time to climb and explore on our own, before settling into cocktails and a most elegant dinner on the wall.  All catered by the Four Seasons in the ultimate “Am I really here?” experience.   Watching the sun set as we sipped wine and learned about the history was magical.   Thank you TCS.  This jaded traveler is awe struck.

I now take a brief pause for this wonderful adventure to return to California to speak at the Signature Travel Network’s Owners meeting.   You can bet that  traveling  through Japan and  China “TCS style” will be a topic of many discussions there.   Can’t wait to rejoin my intrepid fellow travelers, and now friends, in Istanbul and hear about their adventures in the Maldives and Serengeti