Around the World by Private Jet: Russia

On August 29, 2014, I began the ultimate journey:  Around the World by Private Jet. My host was TCS World Travel and we stayed at Four Seasons gorgeous properties around the world.  This post is about our fourth stop: Russia. 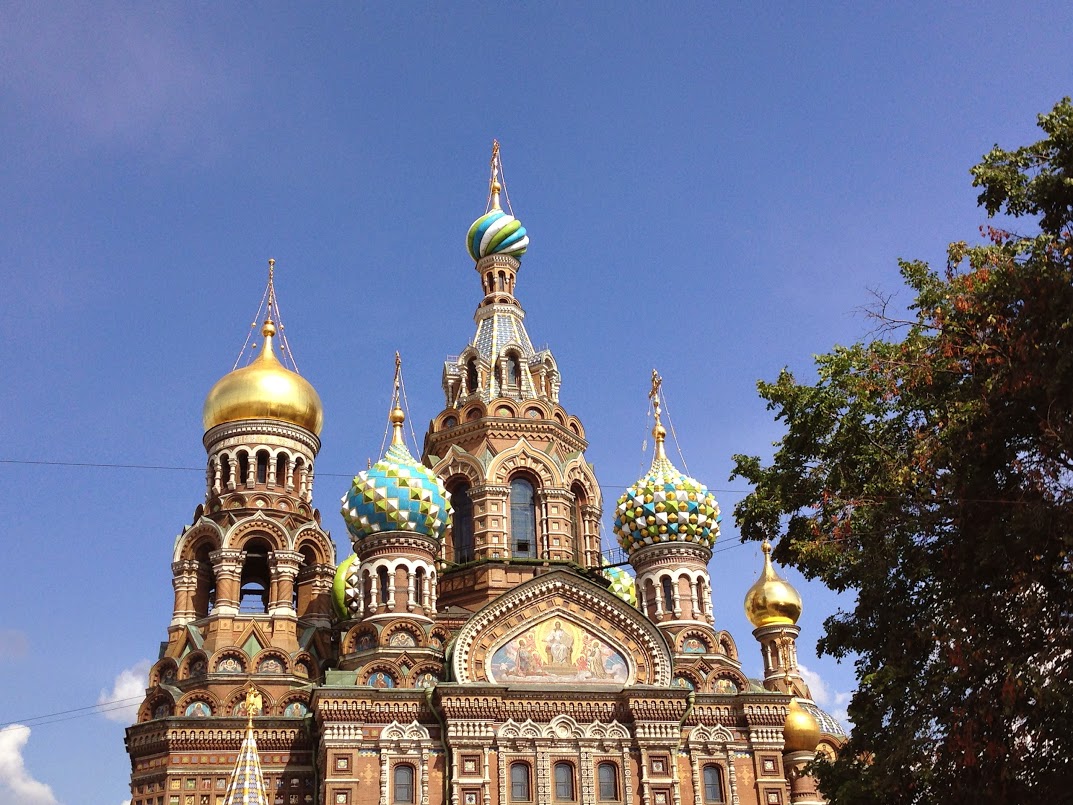 Church of Our Savior on Spilled Blood, St. Petersburg

Four stops into our private jet expedition, we had come to expect the impressive events that dotted our visits—but the spectacular awaited in St. Petersburg. Current events were never far from mind as we explored the history of Russia. Our flight path into St. Petersburg was diverted to avoid Ukraine.  Landing in St. Petersburg at a private airport with a large private bar and luscious leather seating showed us how oligarchs arrive home. Our lunch in the new headquarters of Gazprom reminded us that this company had just been placed on the U.S. sanctions list. But it was history that captivated.

The new Four Seasons Lions Palace is breathtaking but the interior grandeur was secondary to the view from my balcony. Close to Palace Square, you could gaze at the rooftop of the Winter Palace.

Our days were also gilded. Private entrance (unheard of) to the Catherine Palace in Pushkin in our small groups of 6 was our first hint of what was to come.

Less visited than the nearby Catherine Palace is the magnificent Alexander Palace.  The Alexander Palace is being restored to show the history associated with the final Romanov tsar, Nicolas II and his family. The palace was built for Alexander I and used by many others, but the story of Nicolas II pervades every room. Nicolas was born in this palace and it is from here that his family left for their final exile and execution. It was in the gardens of this park that his family stayed isolated from the world and most significantly the politics of St. Petersburg. It was here that when under house arrest, Nicolas and his children gardened a small garden in the back while groups of voyeurs from the city looked at them and jeered through the fence. It is here that many of their personal effects were left in the rush to pack when ordered to Tobolsk. And it is only recently that many of these toys, clothes and some furniture are back on display. The much visited Catherine Palace which is right next door is magnificent. The Alexander Palace is personal, just like it was when the final Romanov family lived there. I have never felt so close to history as I was here. It is a must visit and I will be visiting again and writing much more about this palace and it’s continuing restoration.

Early entrance to the Hermitage, perfect seats at the Ballet and private touring as requested—all were amazing. So how would TCS impress our very spoiled group? The answer is a private dinner at the Vladimir Palace.  This was my fourth visit to Russia this year and I still have much to learn, but little will ever surpass this evening.

Just a block away from the entrance to the Winter Palace, this royal palace is less known and one of the few private royal residences that still has some original furnishings. We drank vodka and champagne on the balcony overlooking the Neva.

We were ushered into dinner by a 20 piece orchestra. A royal menu of Russian specialties seemed to cap the evening. But TCS was not done. We were then honored with a concert by two of the stars of the Mariinsky opera. A very intimate performance for our group of 35 in a private former royal theater left all in awe—opera lovers and newly converted opera lovers alike. In 2014 we had seen, tasted and heard the world of the world’s richest dynasty—the Romanovs.

2 thoughts on “Around the World by Private Jet: Russia”