Since 1600 BC,  China’s economy has moved in economic cycles of 300 years.   Many claim they are now in the 40th year of the upward swing.   They think in longer terms than the west, so watch out.

The pollution may be vicious, but the creativity and energy is inescapable.  Beijing was the second stop on my recent around the world by private jet trip with TCS World Travel.  My last visit was four years ago and a generation removed.  Four years ago, I doubt that a private dinner would have been allowed on the Great Wall, catered by that most western of luxury brands,  the Four Seasons. 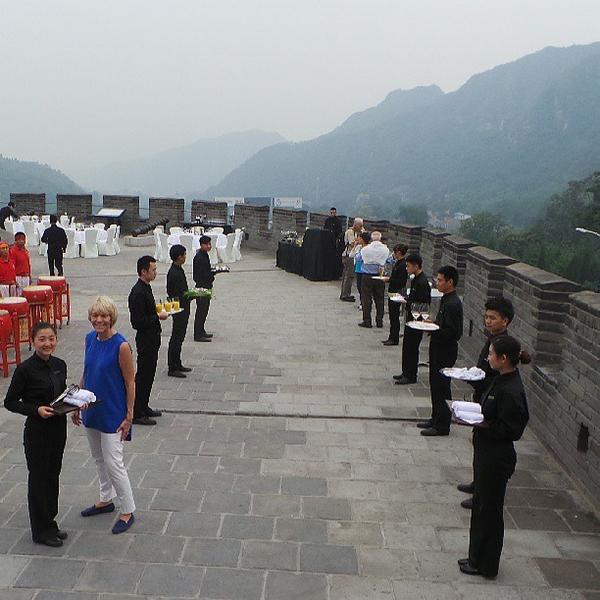 Dinner on the Great Wall. Catered by Four Seasons Beijing

Beijing, is on fire…in every way imaginable, business (yes it is clearly capitalism) artistically, fashion and food.  This is a country on the move in a way I have never experienced worldwide before. 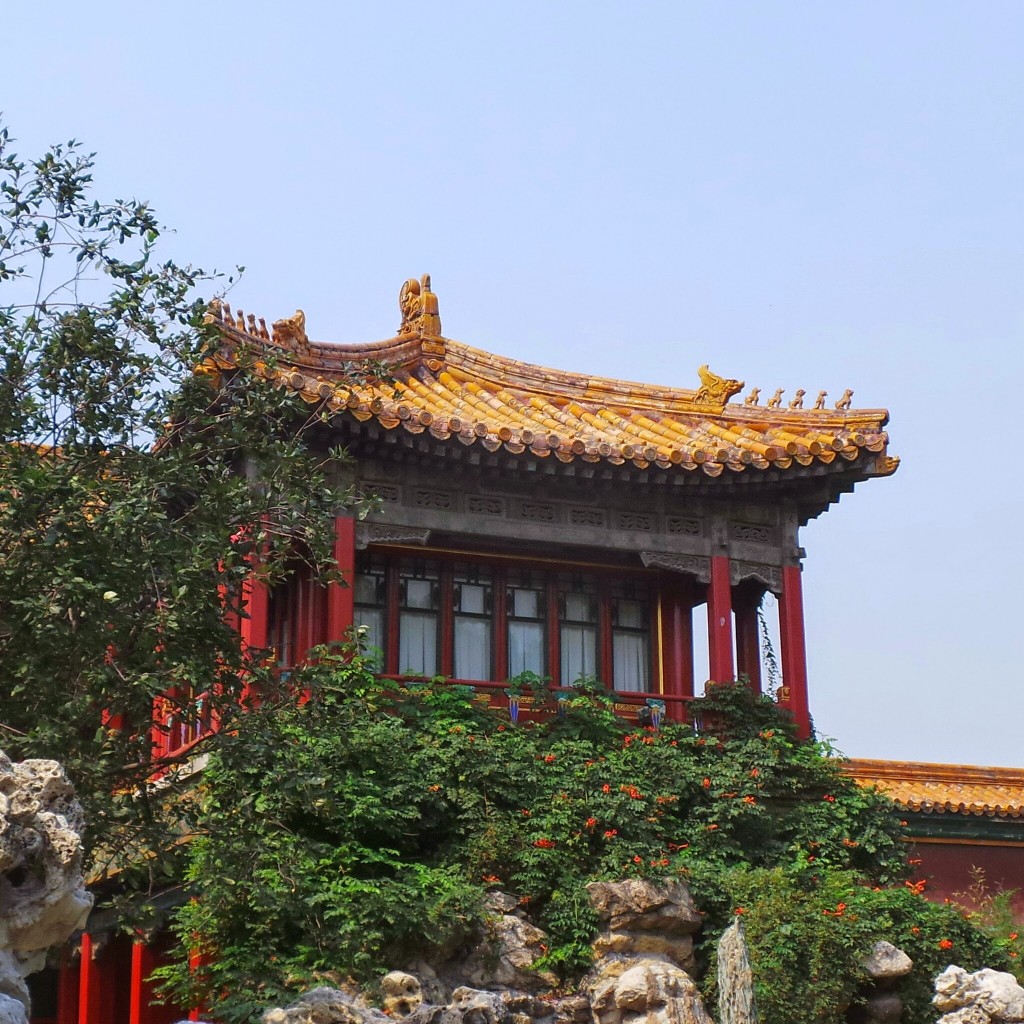 The Forbidden City remains unchanged. Little else can make that claim.

Mao is ever present.  His iconic portrait remains in Tiananmen Square still lauds over all, but I also found Mao serenely guarding a shop in the flea market.  His “Little Red Books also were ever present,  albeit for sale in the same flea market.

Our first stop in the 798 art district, now more gentrified, showed us the Bauhaus framed region that brought China into the bulls eye of the contemporary art world.   Still dramatic and exciting, there are now many cafes and I suspect a Starbucks.   The galleries include White Cube, but the art displayed defies expectations and still excites even the veteran art collectors in our small group.   Strangely too, it was only in the 798 district that I could access social media networks, Facebook and Twitter that were blocked elsewhere.

The original Bauhaus buildings of the 798 Contemporary Art District

Fashion and Design may soon replace Contemporary art as the most exciting artistic export.   Popping up among the ancient hutongs are stores that belong on Madison Avenue.  Capturing the new longing for simple, clean designs, these small entrepreneurs define design in a way that enthralls.  I was even considering how to ship vast amounts of simple antiques and clothing back to the U.S.  Or better yet, how to get a group of investors to help me open the first “Hutong Designed” shop in New York City.   This is Takashimaya curated for 2015.  These are unrestrained entrepreneurs, however you define the overall economy of China. 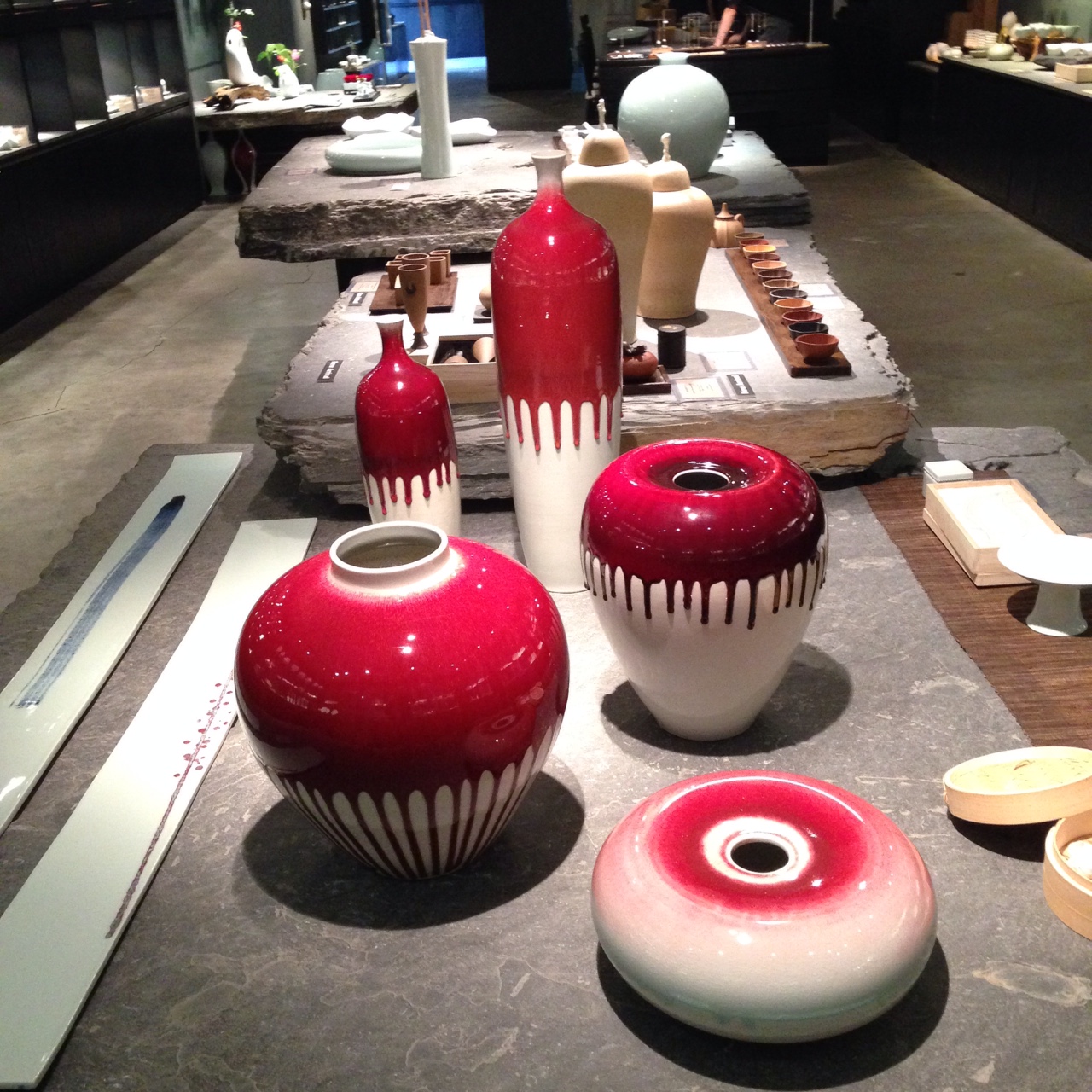 And then there is the architecture.  Every block is creative, striking and not a dull, obtuse building since 1990.  The axiom is that art and architecture create a culture, is being played out in China, most dramatically.

Restaurants and hotels had the same exuberance and even when dealing with terrible pollution and impenetrable traffic, you were surrounded by an excitement that is undeniable.  Restorations in the Forbidden City, Great Wall and other sites show a new passion for the glories of the past.

China is on fire and I plan to return for Design Week in October 2015.  I want to know what the world will be craving in 2020.