Guernsey, an island previously known more for its cows than World War II, is becoming a port that savvy cruise ships choose to add to their itineraries. 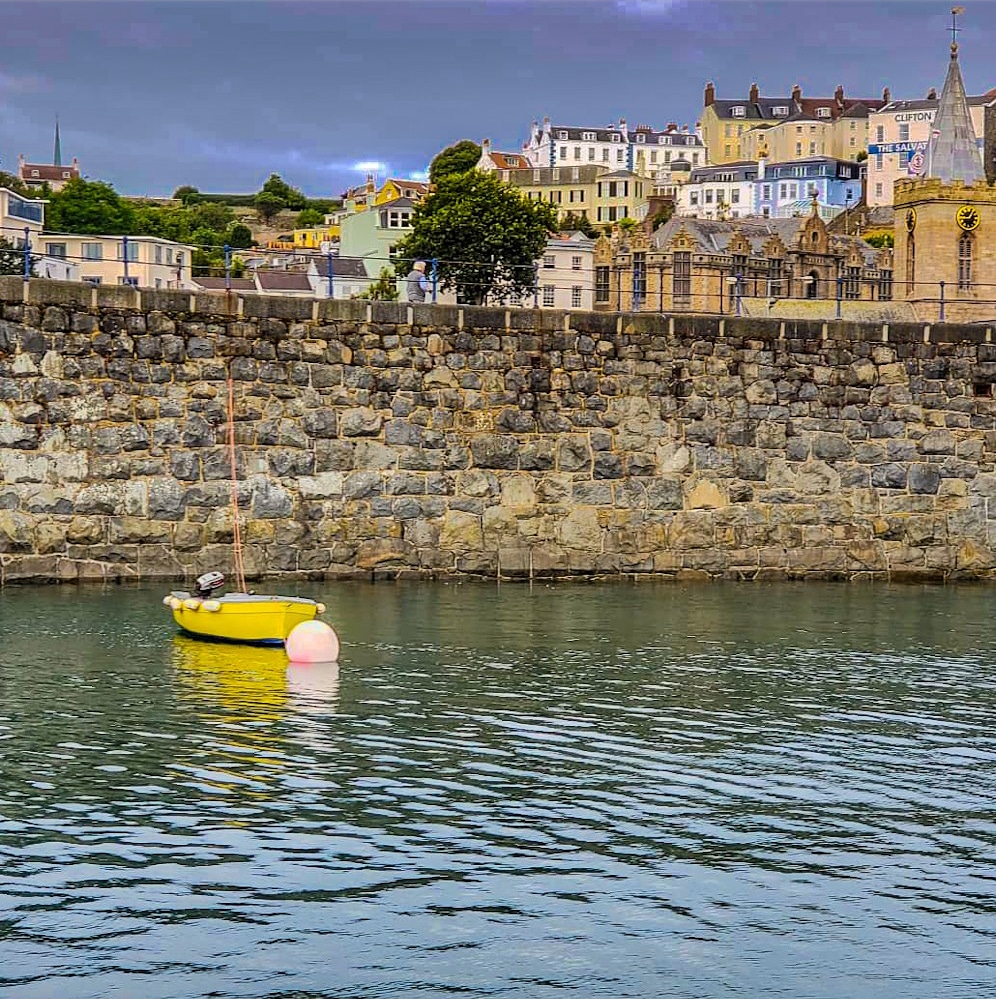 Sailing into St. Peter Port much seems the same as it did during the Occupation

Thanks to the best-selling novel, “The Guernsey Literary and Potato Peel Pie Society” by Mary Ann Shaffer and Annie Barrows and the August 10th release of the Netflix movie, Guernsey, one of the British Channel Islands, is telling her story of five years of German Occupation to the world. 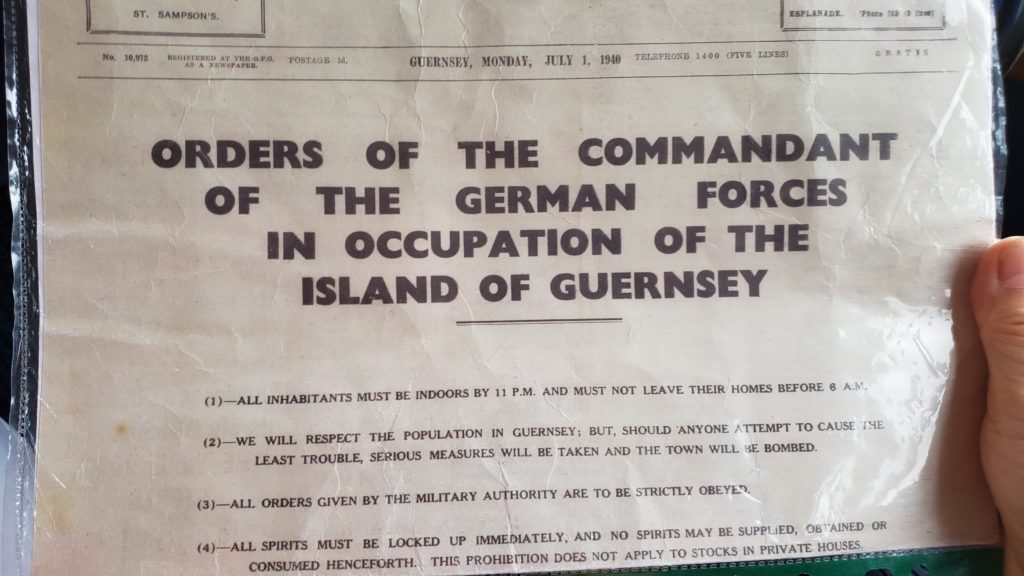 I write about luxury travel and history.  When the former allows me to explore more of the latter, I have found my luxury.  Our first stop on my five-star Crystal Cruise from Dover to Barcelona allowed just that.  Eleven hours in port, superbly arranged excursions, like-minded fellow travelers and an excellent onboard historian allowed me to truly walk in the footsteps of history.  Crystal Cruises is consistently rated the finest cruise line in the world and the onboard experience is stellar in every way.  Equally important to me the experience at destinations is the same.  Thank you Crystal! 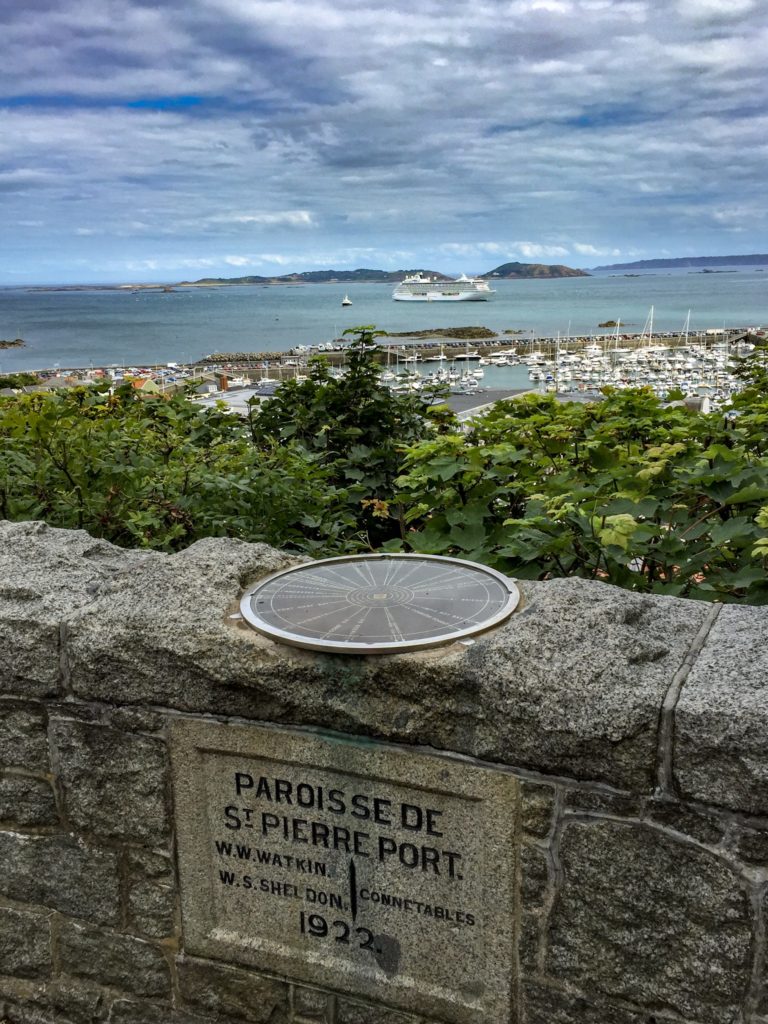 Crystal Serenity in port on Guernsey

While Hitler saw the Channel Islands as the perfect staging area for an invasion of Britain, Churchill did not and demilitarized them. On June 28, 1940, the Luftwaffe bombed Guernsey and 2 days later took over the undefended island.  What followed were almost 5 years of occupation.

Sailing into the main port at St. Peter Port, I recognized the landscape, and many of the buildings from archive pictures.   Walking the streets of this small port I was searching to find hints of the occupation years.   There were few signs of the initial German bombing and gunfire at the port save some gunfire holes on the seawall.

Right before the invasion, almost all the children of the island were evacuated to England. Red Cross letters took 6 months to reach the island, were limited to 25 words and the 6 months it took for the response to reach the mainland meant many parents only heard from their children once a year for five years.  As all supplies dwindled, shoes were repaired with used bike tires, saltwater was used for cooking as salt was not available.  Every scrap of food became precious. 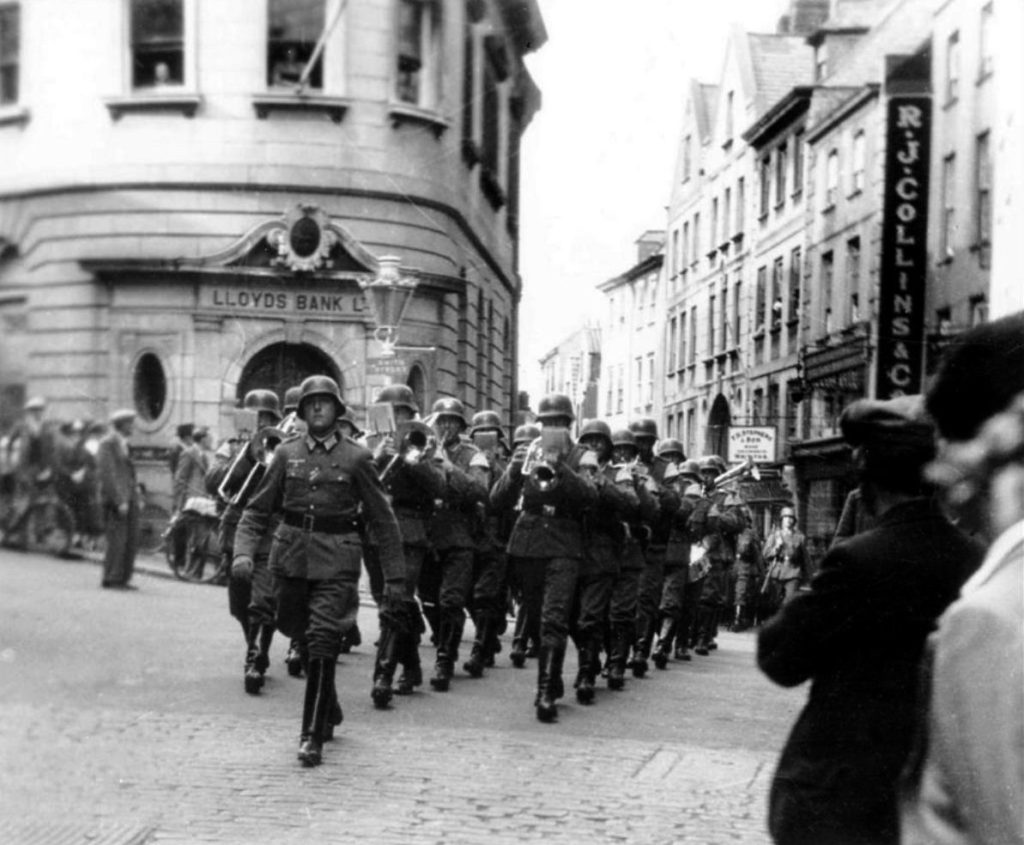 The novel had mentioned that the German soldiers of the Luftwaffe often spent their days in this small town, not drinking but in the salons, getting haircuts, facials and even manicures before their nightly raids during the Battle of Britain.  This dichotomy intrigued me.  Our onboard historian, Michael Fopp, former Director of the RAF Museum, explained that the Luftwaffe, as the youngest and least prestigious of the German military forces, compensated with immaculate uniforms, and appearance. Preening was part of this package of maintaining a façade of invincibility. 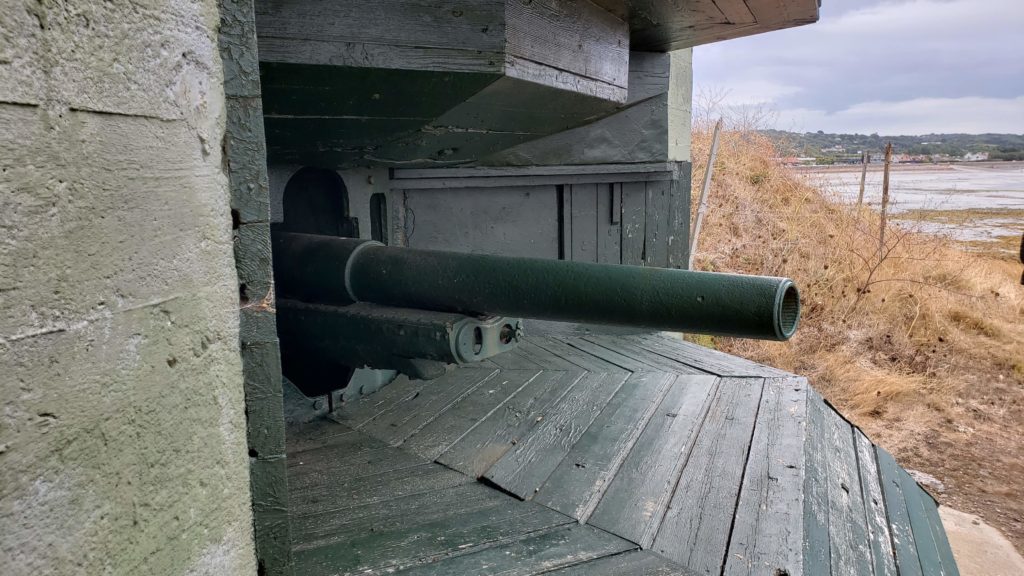 We circled the island in a vintage bus, stopping at sites associated with World War II and the novel.  As the only part of the British Isles to be occupied during WWII, the story of the Guernsey Islanders unarmed resistance was one of small and large acts of heroism that inspire today.   There were buildings where they listened to contraband radios and a few brave men printed small newsletters with the news.  According to our guide they were reported to the Germans by Irish collaborators and sent to concentration camps in Germany.

Unarmed resistance in a population where the occupiers outnumbered the locals by 3 to 1 was at high risk and required ingenuity.  Hence the very engaging story line of the novel.

D-Day meant hope, but not before the island suffered starvation as food supply lines from France were cut.    It is a story of perseverance and resistance by a determined population that all can admire today. 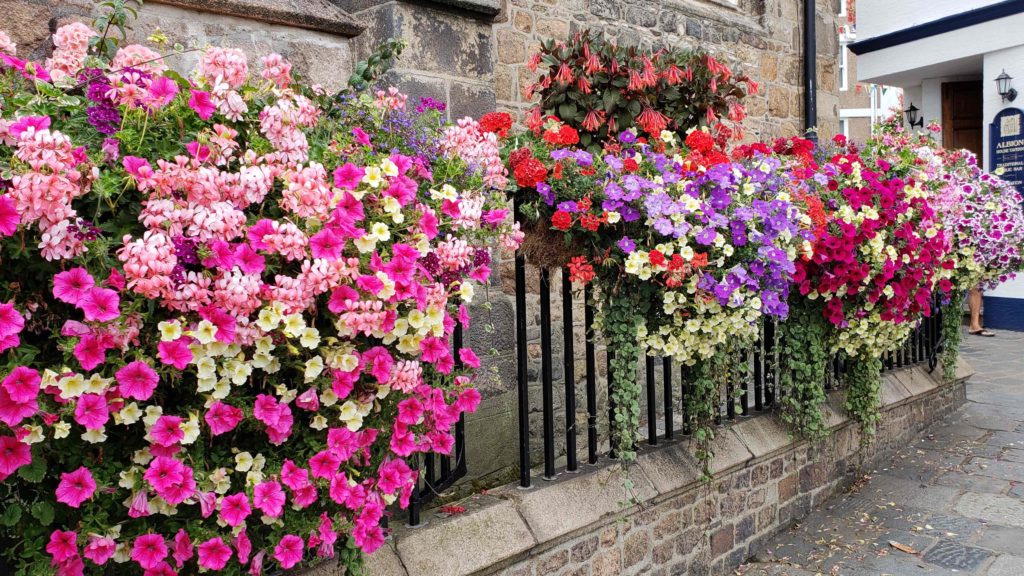 Tomorrow we dock in Bordeaux.  My original plan had been to write about Thomas Jefferson’s five days in Bordeaux and the wines he found there to stock Monticello.  But, as usual, my interest just shifted.  I am quickly reading “Wine and War: The French, the Nazis and the Battle for France’s Greatest Treasure”, by Donald Kladstrup and Petie Kladstrup.   Resistance, collaboration and occupation might be the theme of this cruise.  Maybe I haven’t left Washington, DC afterall.