When in Rome...Beyond the Top Ten Sites

Michelangelo, Borgias and Mussolini October 28, 2016 By Jean No responses

Beyond the Colosseum many exciting, less visited, world class sites are waiting for you to explore in Rome.  Here are a few of my top finds.  Hint: they include Michelangelo, the Borgias and Mussolini.

When in Rome, do as the Romans do. Slow down, relish the moment, savor the tastes and dig a little deeper than the obvious. You will find yourself away from the crowds but at no less exciting sites. I love it when Rome is my first stop before a cruise. 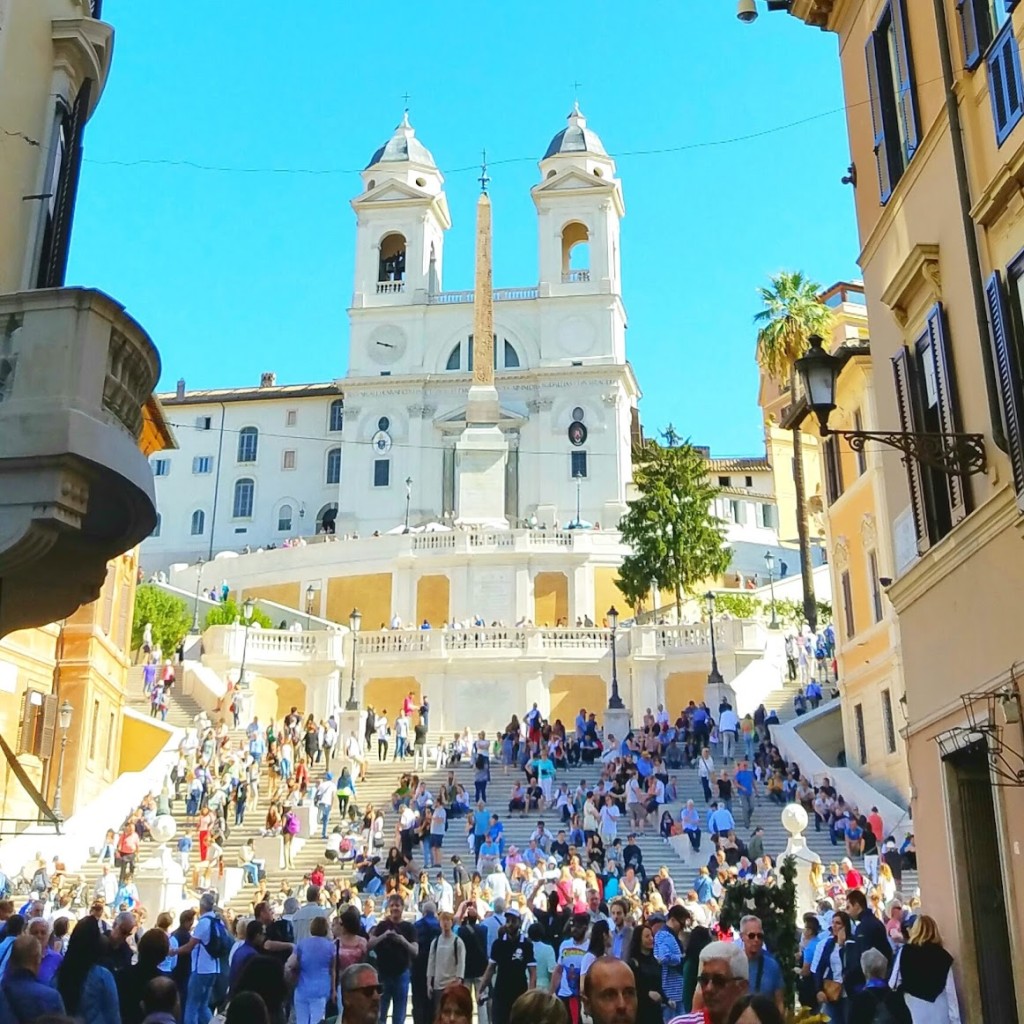 On my most recent visit prior to embarking the Azamara Journey, I decided to explore beyond my favorites. Walking past the newly reopened Spanish Steps and the ancient sites, I avoided Vatican City and did not visit my favorite, Villa Borghese.   Here are a few of the most interesting less visited sites I found that you might like to add to your next pre or post cruise itinerary.

In search of Renaissance Rome, my first stop was to visit Piazza Farnese to see one of the finest palaces of the High Renaissance. (The Renaissance was a relatively short period in Rome compared to Florence but the masterpieces created by  wealthy families vying for Vatican power no less magnificent.) The Palazzo Farnese dominates the square. Designed, in part,  by Michelangelo, you see his grace in it. You can also see stones reused from ancient sites of the Colosseum and Baths of Caracalla. In a further nod to antiquity the massive granite bathtubs that dominate the square are also from the Baths of Caracalla.  The frescoes inside are some of the finest in Italy and rival those in the Sistine Chapel.  Don’t miss them. Visits are by guided tour and must be arranged in advance. 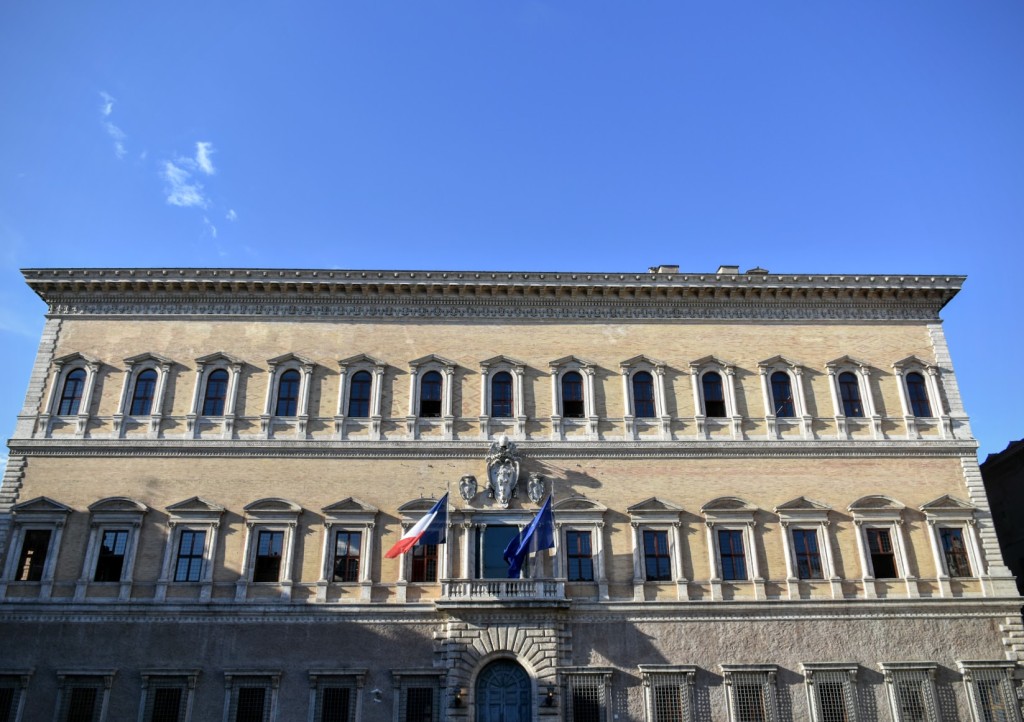 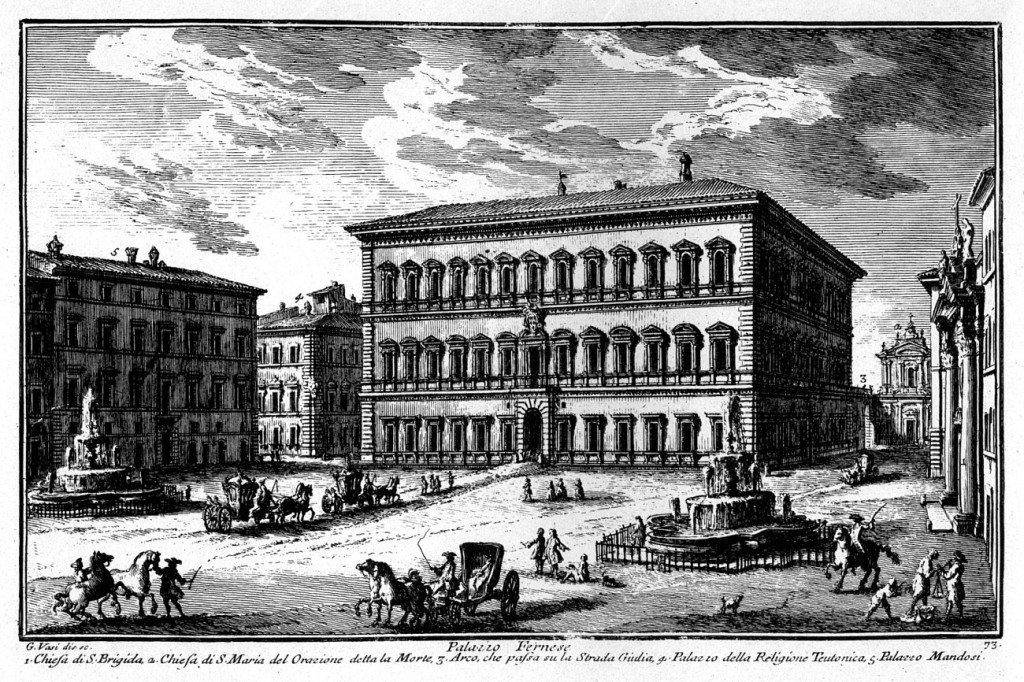 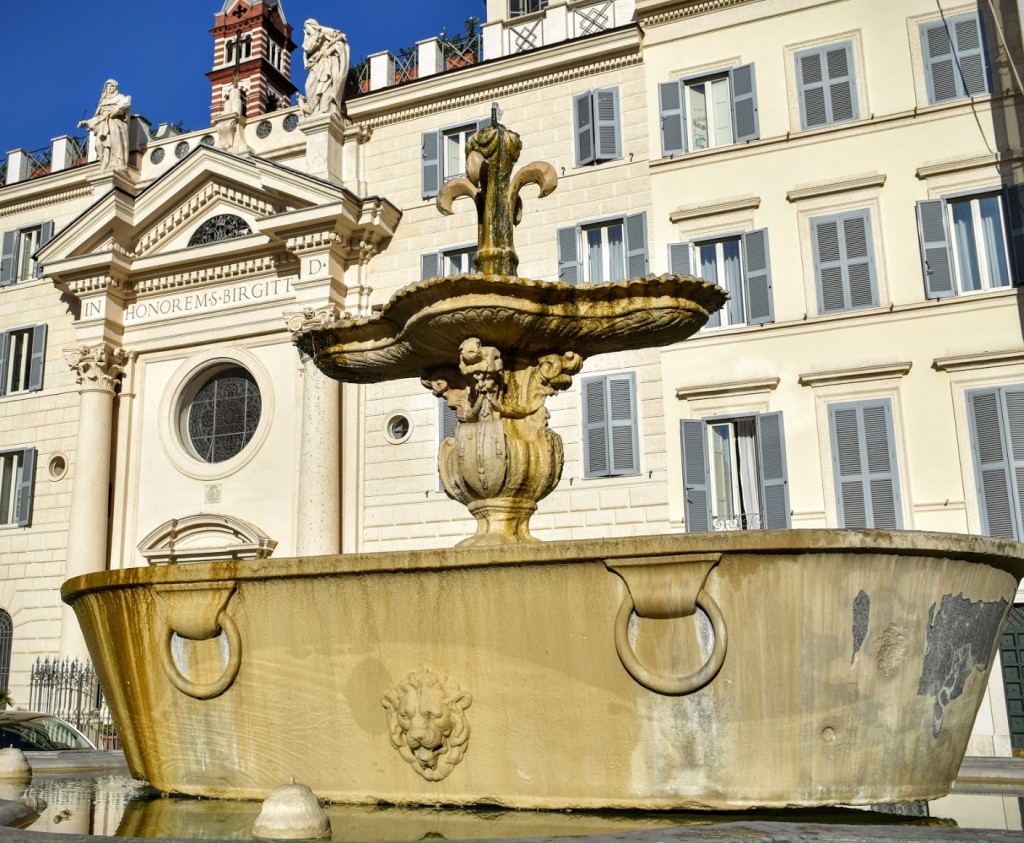 Beyond the Farnese Palace, every street in this neighborhood has mansions of the period. Majestic, almost royal and all built with dreams (usually fulfilled) of papal grandeur. Spend some time walking around and you will discover the streets and buildings of Renaissance Rome.

Walking across the river you can visit the Villa Farnesina of the same family. A gem of a mansion and a snapshot of everyday life for the wealthy and well connected of the 1500s. Don’t miss the two superb works by Raphael. You would wait hours to see similar works in the Vatican Museums. At the Villa Farnesina you might be alone in the room with these masterpieces. 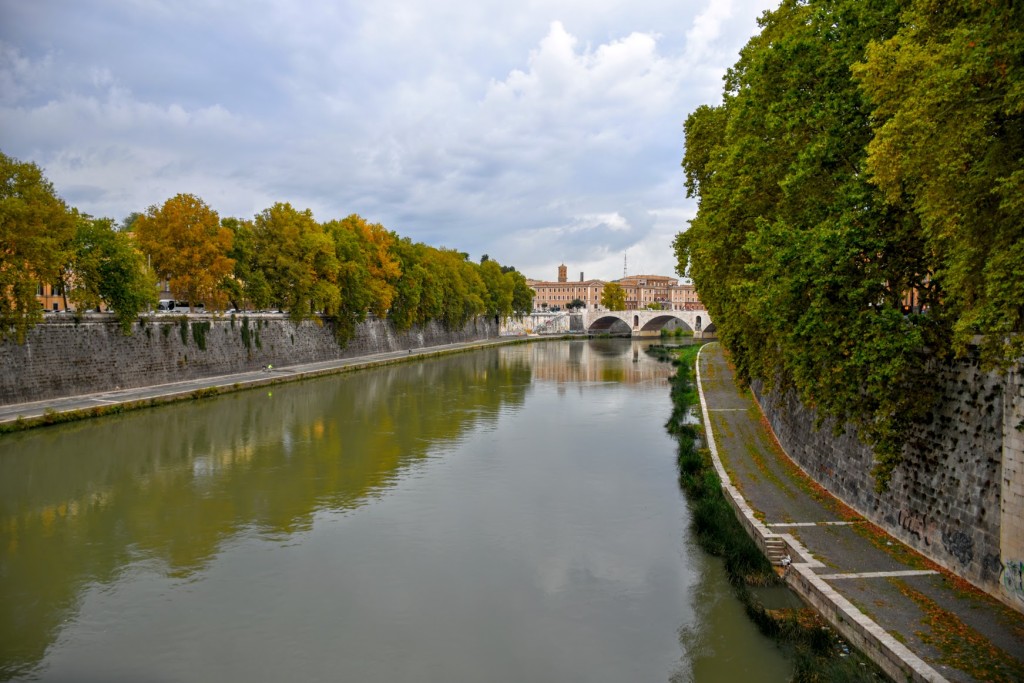 Crossing the Tiber to see the Villa Farnesina.  Notice the absence of crowds, even in Rome’s high season. 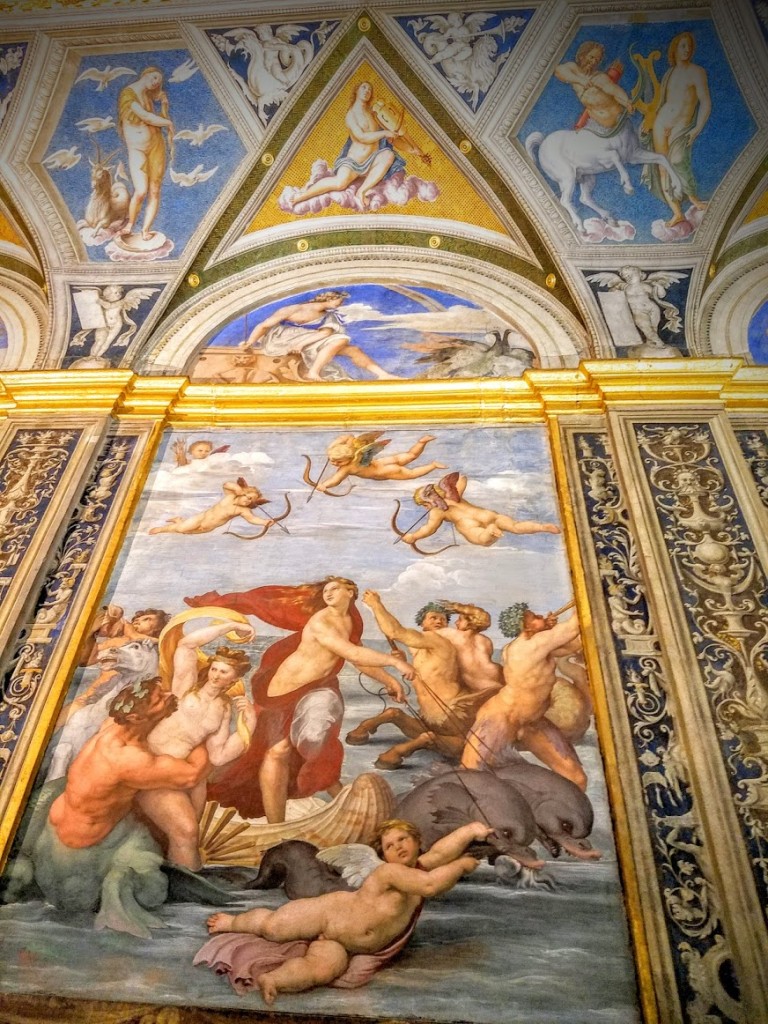 And then there are the Borgias. You can’t think of Renaissance Rome without thinking of the Borgias. Infamous during the rule of Borgia Pope Alexander VI and remaining so now thanks to the miniseries of the same name. The name is a synonym for decadence. One small plaque in this neighborhood tells a bit of the story. 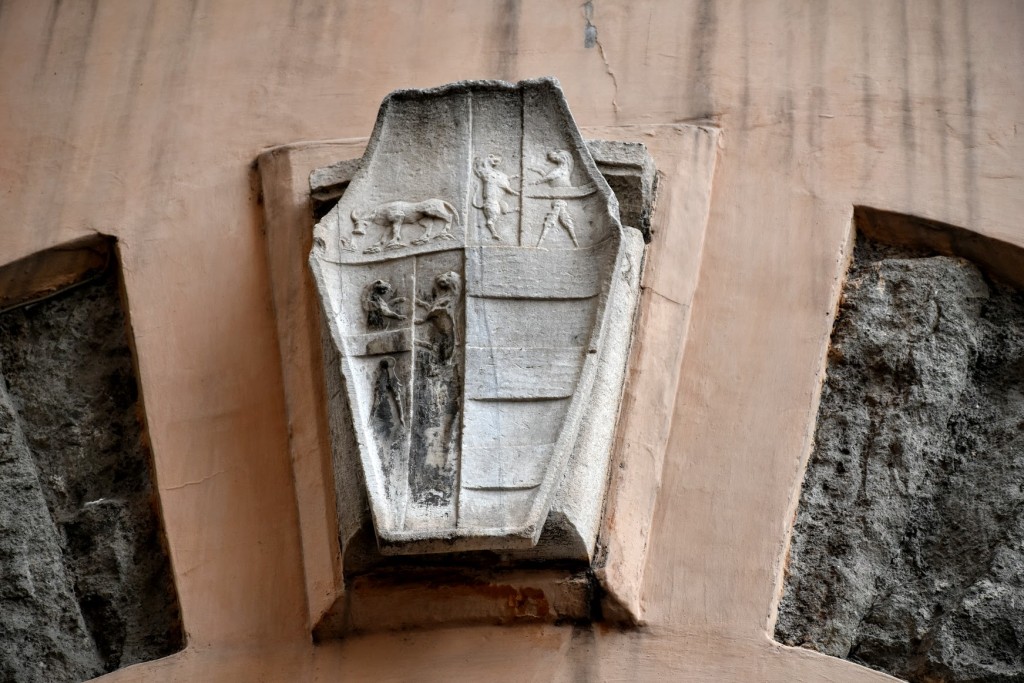 Coat of Arms on a Villa in the neighborhood.  This was the home of one of Pope Alexander VI’s mistresses, and she made sure the world knew.  The bull on the plaque is the Borgia’s Coat of Arms. Cheeky.

I did not visit the Borgia Apartments in the Vatican on this trip, but you must if you have time. The most opulent in a world of opulence, they shout and whisper lives of great artistic achievement amidst great decadence. (It is said that Cesare Borgia murdered his sister, Lucrezia’s husband in one of these rooms.) History is never dull.

I was surprised to learn that Italy’s World War II dictator, Benito  Mussolini’s private home and office in central Rome are open for tourists and managed by the Italian government.  But they are and I had to visit his home.  (His office was under renovation, but will be reopened soon.) 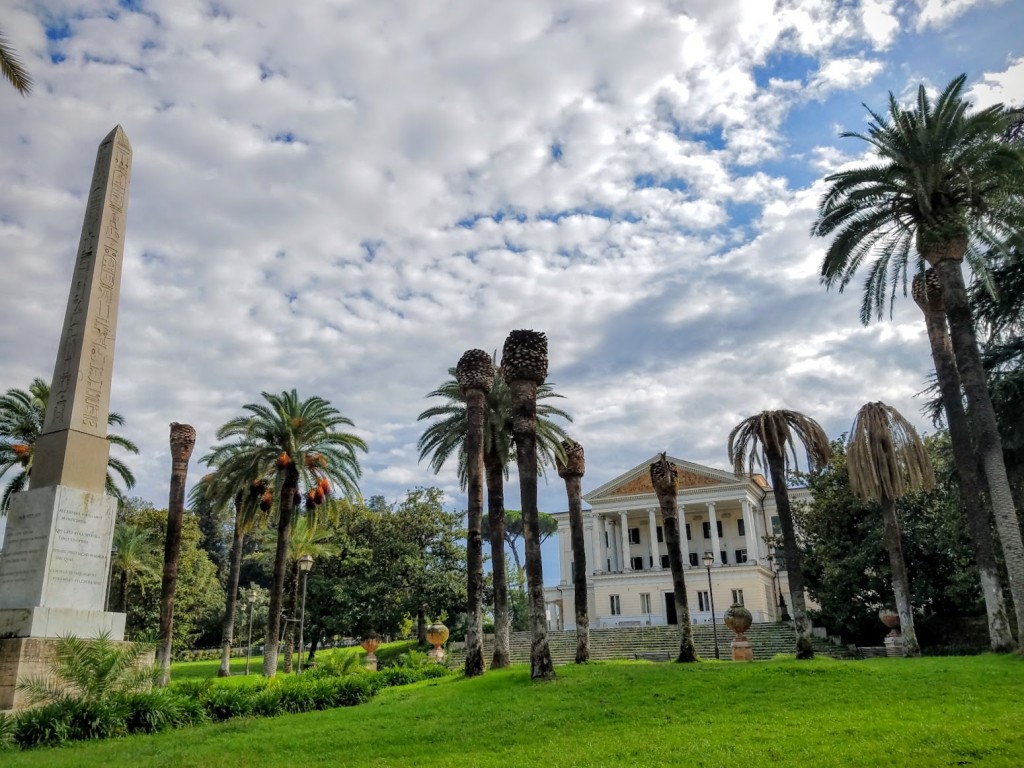 It is a short cab ride from the center of Rome to Villa Torlonia. An estate built in the early 1800s and most significant as the home of Benito Mussolini, Il Duce, from 1924 to 1943. Maintained by the Italian government as a tourist attraction, there were no other visitors there the day we visited. It was very strange walking through the home he had lived in throughout World War II.   We were not able to visit his bunker located to the left of the house, but you can visit and I suggest planning ahead to see this World War II site. Below are a few interior shots from his home, subdued, don’t you think? 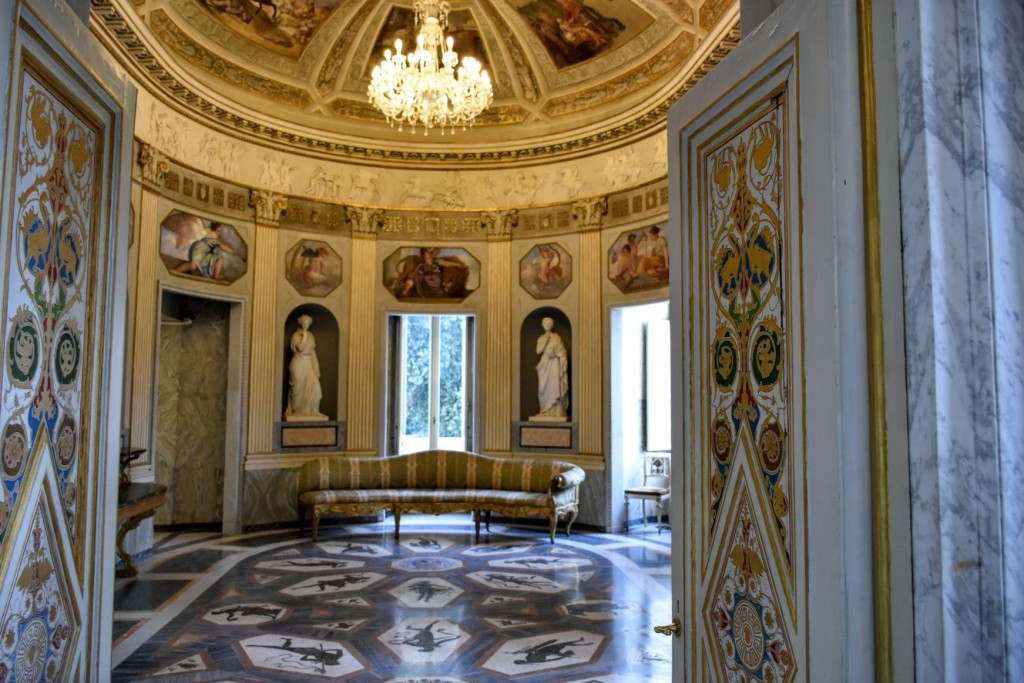 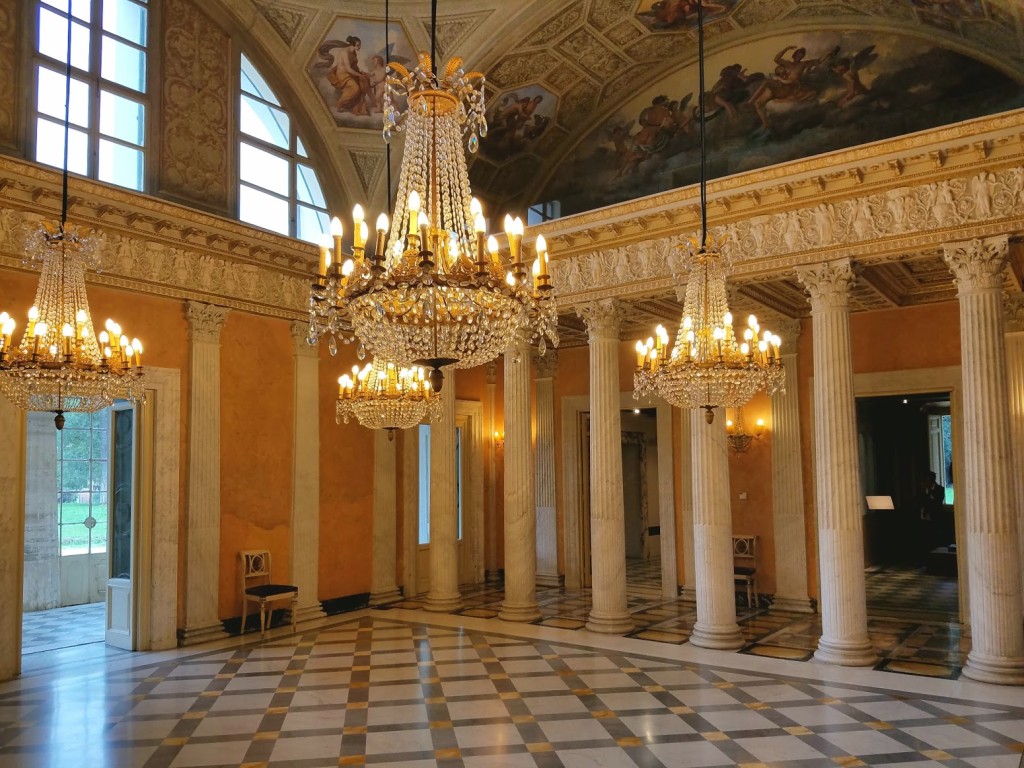 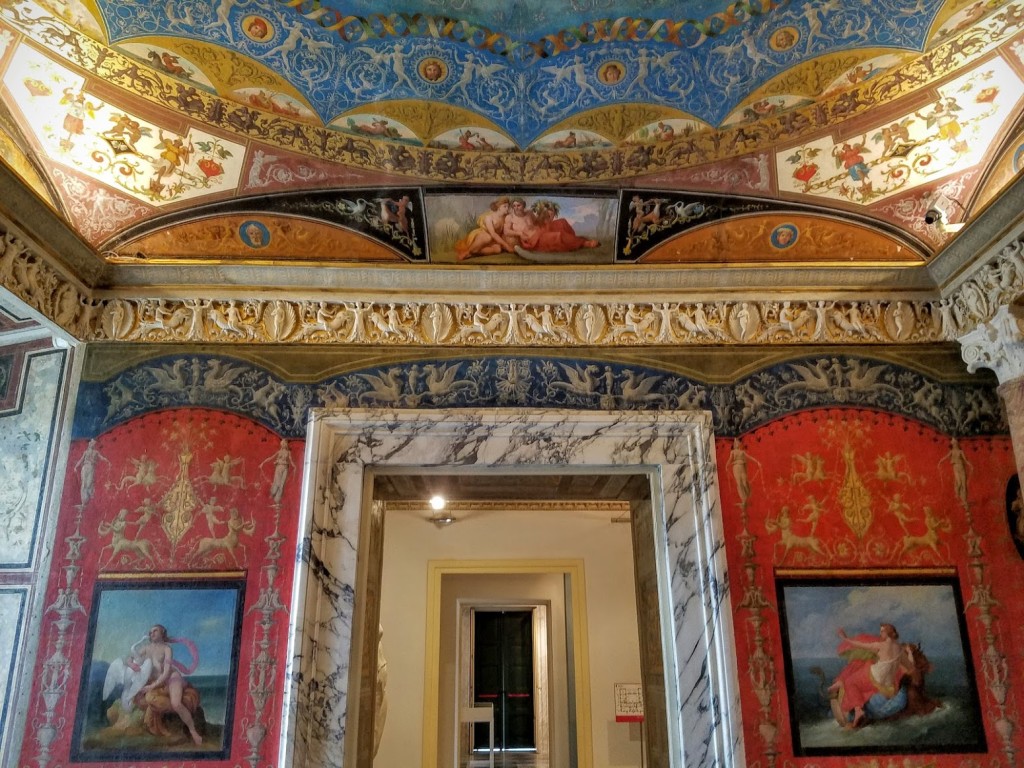 I hope these suggestions might help you plan your next pre or post cruise visit to Rome. There is so much to see beyond the very crowded “Top Ten” sites so go forth and explore! The next day our Azamara driver picked us up and we drove to the port of Civitavecchia, about an hour from Rome. The Azamara Journey was waiting and we sailed away for more explorations on land and on sea. Next stop…Sorrento and Pompeii.

The Ultimate Safari...in One Morning November 2, 2016 By Jean One response
Luxury Travels.... in Tudor England October 26, 2016 By Jean No responses